Flashing Palely in the Margins
January 9, 2023

Thinking a little bit about snow

I can’t remember the first time I saw snow.

When we moved to Toronto, I remember seeing snow on the ground when we arrived. It was a cold January and a layer of powder was blanketing the ground. I was transfixed: here I was in a new country, a new place to call home, and the world around me felt soft, delicate, and pristine. I was being welcomed to my new home by landing in the middle of a sea of white, a blank slate for me to create a new life, to carve out my own path and destiny. The snow felt just right for this new beginning.

In college in DC, a friend of mine woke me up early one winter morning with excitement in her eyes. As I stumbled out of bed, she exclaimed, “it’s snowing!” Growing up in South Asia and in the Middle East, she had never seen snow before: the sprinkling that we had gotten overnight—minuscule, less than an inch—was a revelation for her, a little bit of magic. We borrowed dining trays from the dining hall that morning and spent the morning pushing each other through the snow as we sat on the trays; the hills were barely covered, but we still tried to sled down them as best as we could. The snow was a small delight.

These days, when I think of the snow, I think of snowdrifts and slush. I think of shoveling the driveway, driving in treacherous conditions, having to bundle up to escape the cold. The snow isn’t magic: it is something to rue and to bemoan. The snow feels like an impediment to real life, like a chore to do and a blight to overcome. Living in a snow belt city makes the winter difficult to enjoy: every day of the season, the risk of snowfall is present and imminent, and the dread sits inside me for four or five months of the year. 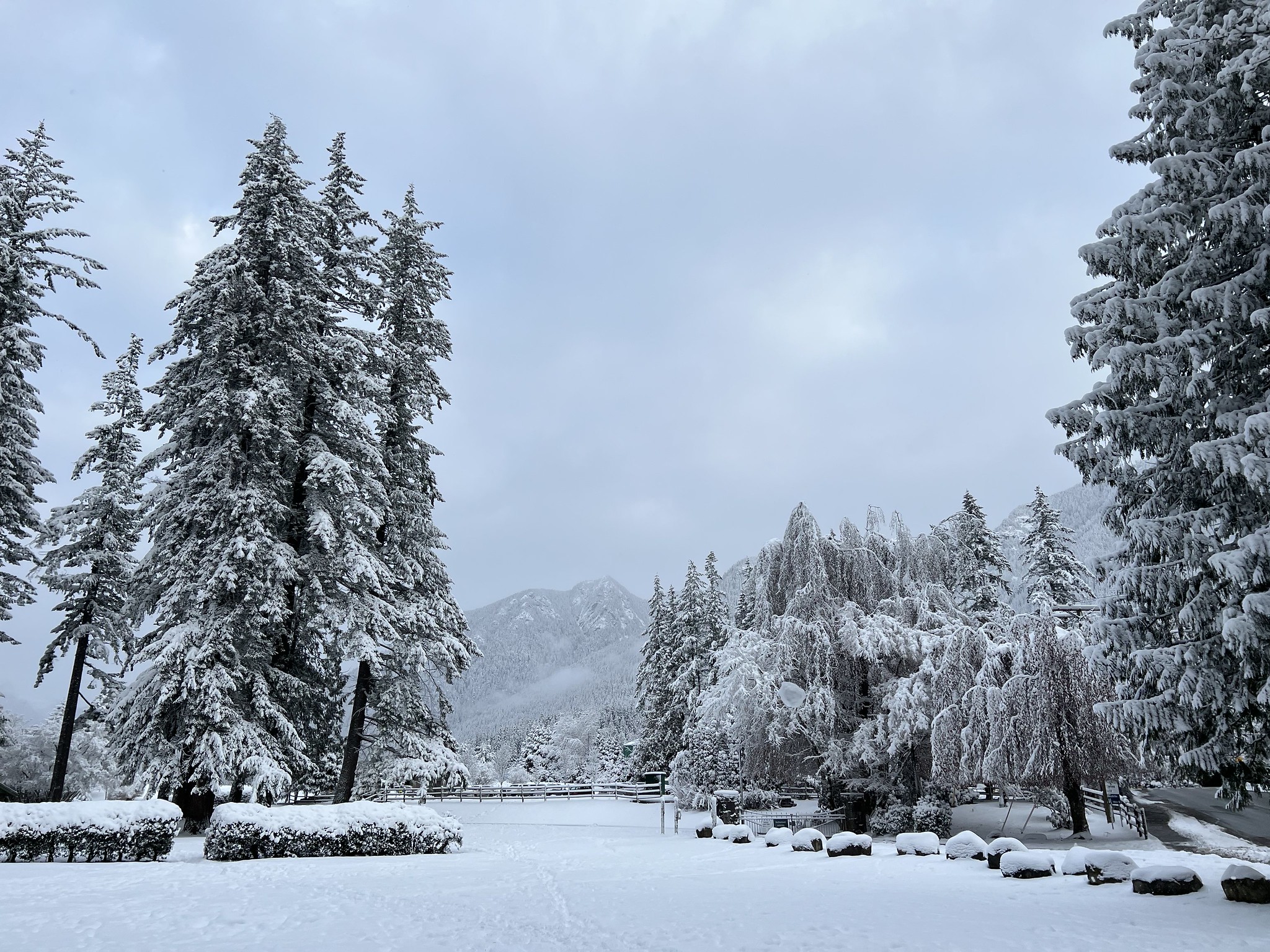 A few weeks ago, while in British Columbia, we got hit by a by snowstorm which left a veritable deluge—several inches, at least—of snow outside on the street. We bundled up my two-year-old daughter in her snowsuit and a hat and some mittens, and took her outside to experience the freshly fallen flakes that had gathered into a thick layer of snow, untouched by cars or by people, outside the house. This wasn’t her first snowfall—there had been a lot when she was younger and we took her out for walks in the stroller—but it was the first one where she was old enough to really appreciate and enjoy what she was seeing and doing. She was delighted as she stomped through the white layer on the ground, nervous but excited when we helped her make snow angels, tickled by some of the flakes falling off the trees. The snow was magic to her, and she laughed as she explored its beauty.

Perhaps it is time for me to rediscover snow as I once knew it, as my daughter experienced it. Perhaps, instead of a difficulty, I need to think of snow as an opportunity: the snowfall as a moment to appreciate beauty and experience delight before the doldrums of the day begin. Perhaps I need to find a tray and go sledding; perhaps I need to get in a snowsuit and make snow angels. Maybe I’ve been looking at snow all wrong. Maybe it’s time to experience wonder and awe, again.