Growing up, there was no question: my favorite television show was Mr. Rogers’ Neighborhood. We didn’t have a television in our apartment in Queens, but a neighbor down the hall—a friend of my mother’s—had a tv set and I would head over there a few times a week to watch Mr. Rogers tell stories and sing songs.

I am not afraid to admit that, even until this day, some of my sense of style has been stolen from Mr. Rogers. You can often find me wearing a shirt and tie with a cardigan (L sometimes calls them my “old man sweaters”) and slacks; this is, of course, an iconic Mr. Rogers look. 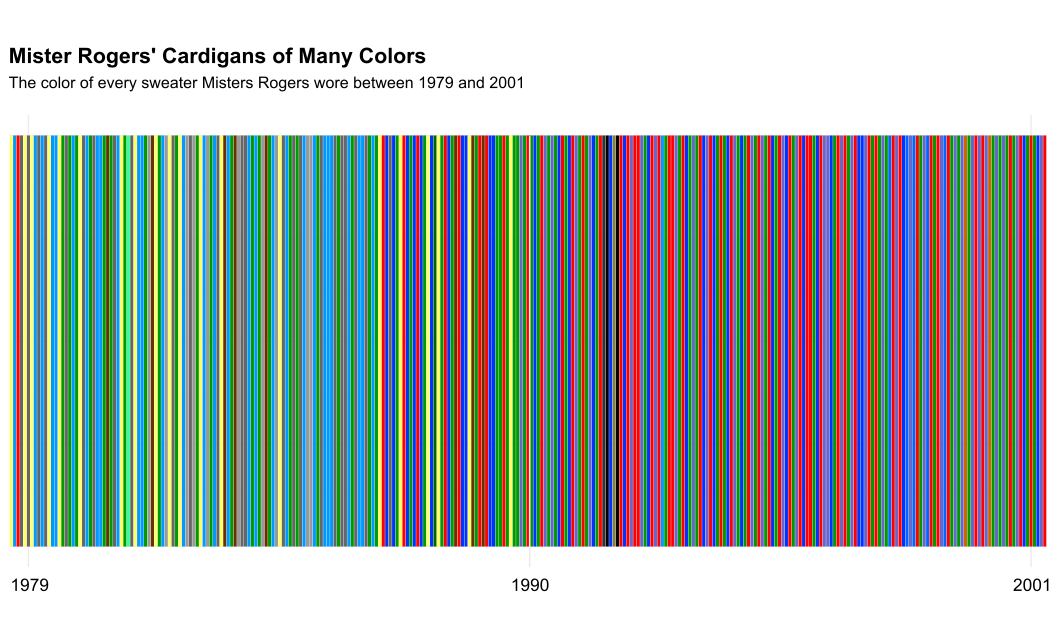 You can imagine my delight when someone sent over this chart of the colors of all of Mr. Rogers’ cardigans over the years. I, like many, mostly remember his red sweaters, but it’s evident that he was partial to the green ones.

Enjoy the chart, and if you get the chance, go revisit the excellent profile of Mr. Rogers written by Tom Junod in 1998 for Esquire.