The week has been heavy. The air has been dense, humid, unmoving, making it hard to breathe. Being back at work has been busy, tiring, an exercise in discipline after being away for so long, making it hard to think. The news, close to home and around the world, has been disappointing, frustrating, difficult to process, making it hard to sleep. Everything is heavy, so I sit, slumped in my chair, and sink into the cushion beneath me, until the lightness returns, tomorrow.

The year is too young to be this long. 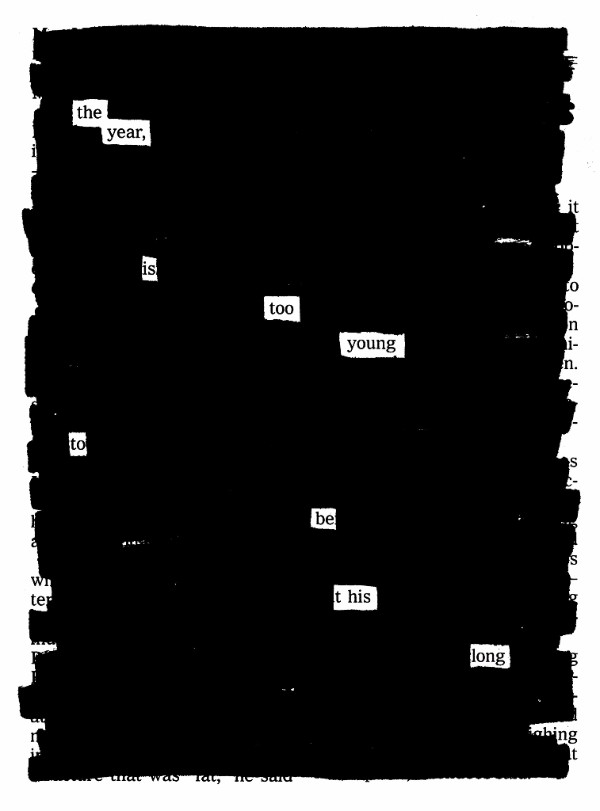 “Sometimes we need to burn our pasts, literary or not, to move forward. Trust that your words and secrets are safe, clouded in smoke, soon to become part of the sky.” Everything Nick Ripatrazone writes is excellent. This is no different.

The FiveThirtyEight visualization of gun deaths in America is both impressive and sobering. I’ve written about guns and suicide before, but it’s startling to see those numbers visualized so plainly.

My friend Ashley has been encouraging me to read The Lonely Life of George Bell since January, but I only got around to it a few weeks ago. She was right; the article is a tour de force, and really makes you think about what it means to die, to have friends, and to face the possibility of dying alone..

The Undeniables series on The Ringer are all excellent reads. I’d start with these, to get a taste: Hayao Miyazaki, Google Maps, Dwayne Johnson, The Internet Archive.

The Canada Week series on The Guardian is also pretty good, especially if you’re not Canadian. No matter where you live, though, this piece on Iqaluit’s struggle to become a modern city in Canada’s north is fascinating.

″Learning to play music is an long exercise learning to to be kind to yourself. As your fingers stumble to keep up with your eyes and ears, your brain will say unkind things to the rest of you. And when this tangle of body and mind finally makes sense of a measure or a melody, there is peace. Or, more accurately, harmony.”

It’s no secret that I’m in love with public libraries. The local library in this city did an economic impact study, and found that it contributes $102 million to the local economy.

As someone who was diagnosed with bipolar type II in my early 20s, and who has spent some time hospitalized for it, I’m very excited to watch Lady Dynamite, especially after reading this review that says that the show is honest to the bipolar experience.

A Contemporary History of Walking to Work: “But sometimes, early in the morning — before the smell of the dew and the echo of the car horn are swallowed into the static hum of urban urgency — you realize that you are no different from the suits, construction vests, and taxis drivers all around you. You are a bit, an atom, a microscopic little definition that colours one pixel in the cityscape.”

Are we all frauds on the internet? I’d like to think I’m the same both on- and offline, but we’re all a little different, depending on the context.

What do you call the corner store? Most of the people I know here call it the variety store or corner store, but I’ve always called it a bodega, since I was a kid. Had no idea the word bodega came from the Spanish apothēca.

“Instead of valuing “parenting,” we should value “being a parent.” Instead of thinking about caring for children as a kind of work, aimed at producing smart or happy or successful adults, we should think of it as a kind of love. Love doesn’t have goals or benchmarks or blueprints, but it does have a purpose. Love’s purpose is not to shape our beloved’s destiny but to help them shape their own.”

America needs a hero, and perhaps that hero is wrestler Jon Cena. A great video with a great message:

Did we really eradicate smallpox? In a handful of laboratories around the world, there are still stocks of smallpox, tucked away in one freezer or another. Great op-doc by Errol Morris for the New York Times: