Flashing Palely in the Margins
February 12, 2017 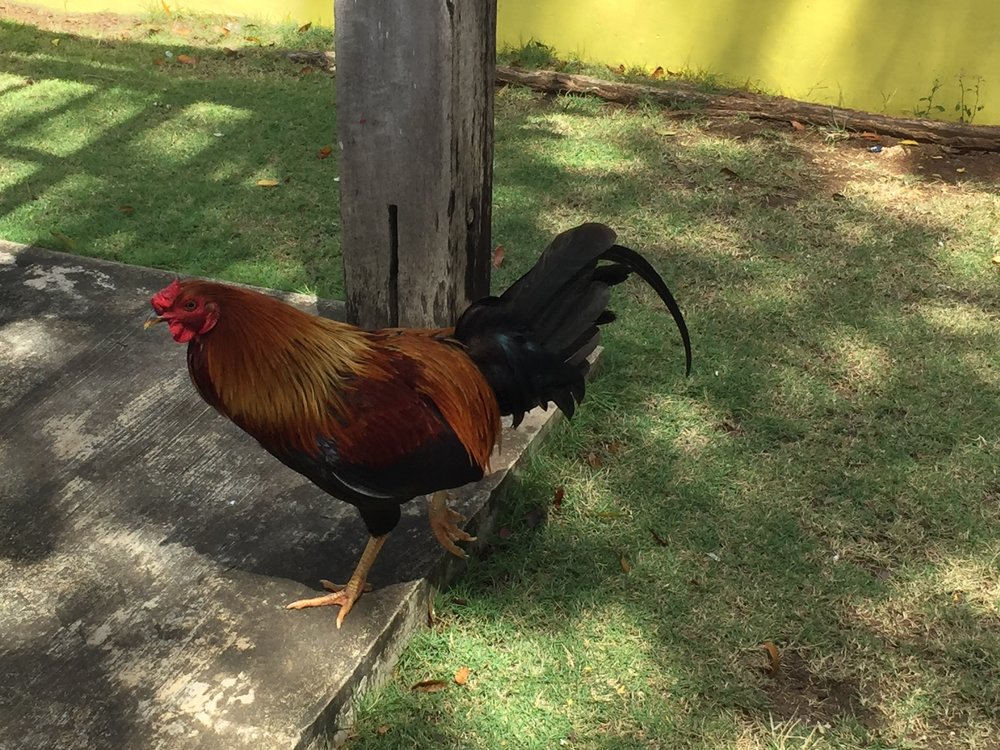 I woke up two hours ago to the sound of a rooster’s morning chant, a loud, braying cockle-doodle-doo that he keeps repeating now, several hours later. He has made a home for himself, at least for the morning, in our front lawn; he stands watch as a half-dozen hens peck about in the hedges around the property.

There are hummingbirds too, everywhere. They stay higher up, avoiding the proud and loud rooster; they move faster than my eyes, or camera lens, can keep up. 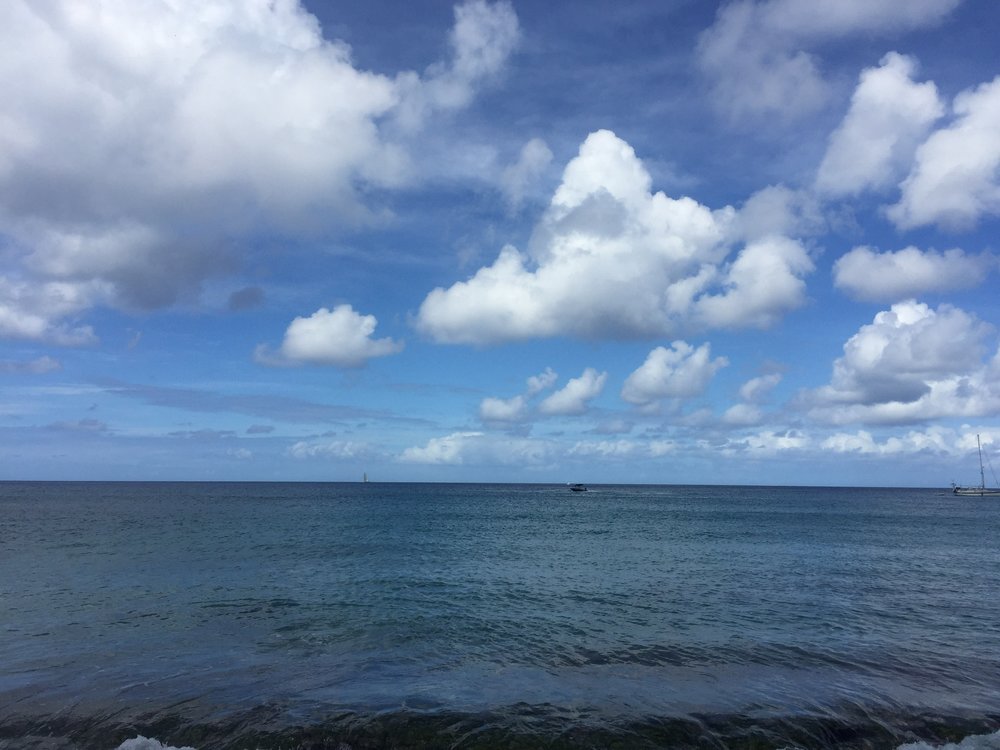 The fish swimming by the shore are tiny, but vivid with color. The bigger fish hide in the reef a little further asea; L straps on her snorkel and explores, finding not just fish but also a strange snake-like sea creature.

For the first time in over a year, I swim in the ocean, the saltiness accumulating at my lips as I duck my head under the water. The water is so clear that I can see granules of sand on the ocean floor, even after venturing fairly far from the shore. Everything is green, not blue, shimmering in the intense sunshine, and I feel as if I have escaped this world, just for a short while, as I swim towards the horizon. 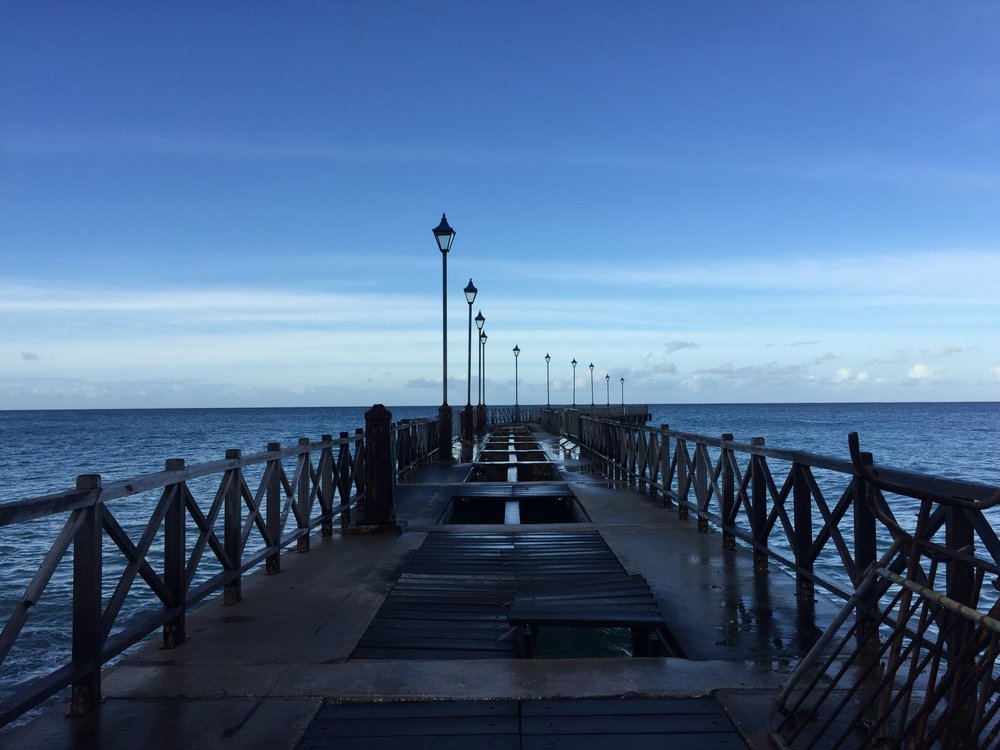 Macaroni pie is, and tastes, exactly what it sounds like. The cake-like slab of mac & cheese that was served to us at The Fisherman’s Pub, alongside our fish cakes and rice & peas, wasn’t pretty, but it was positively delicious. I am already planning my return.

Going from a city covered in snow and sub-zero temperatures to an island where the thermostat only falls below 80 degrees on cold nights has discombobulated the temperature controls of my body. My head aches, my skin burns; and so I nap, allowing my confused insides to regulate, and listen to the birds outside the window sing me to sleep. 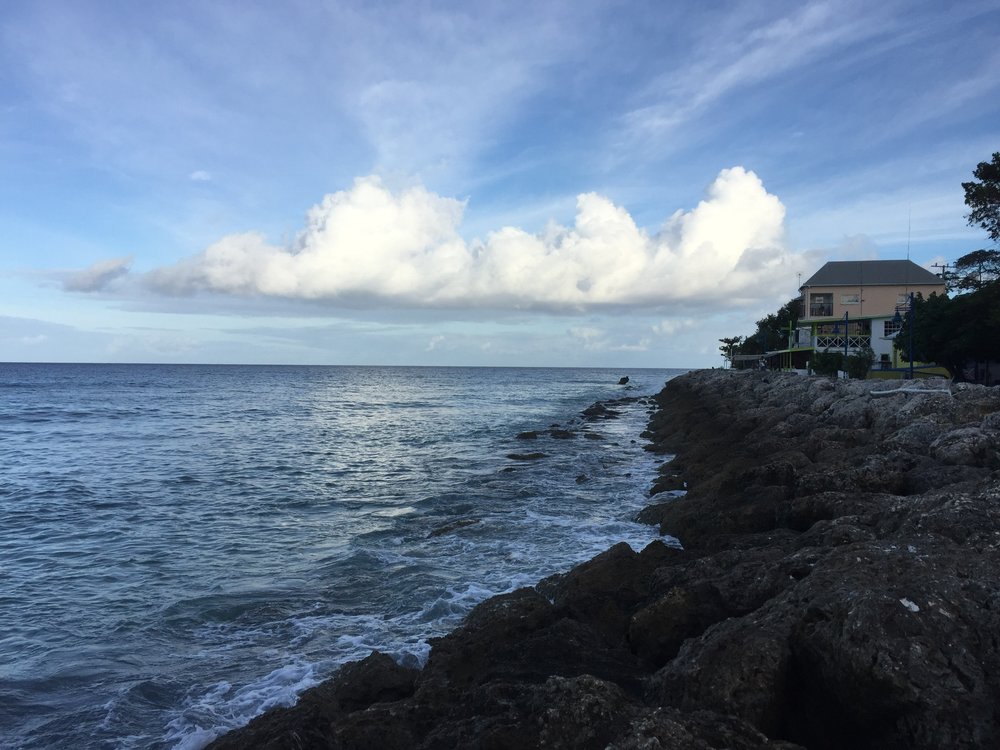 We waited until just before sunset to make sundowner cocktails, which we enjoyed on the patio as clouds turned into little puffs of purple and pink. We chopped the vegetables for the shakshuka with very dull knives, ate until we were full, and then continued to eat coconut bread for dessert until our bellies ached. 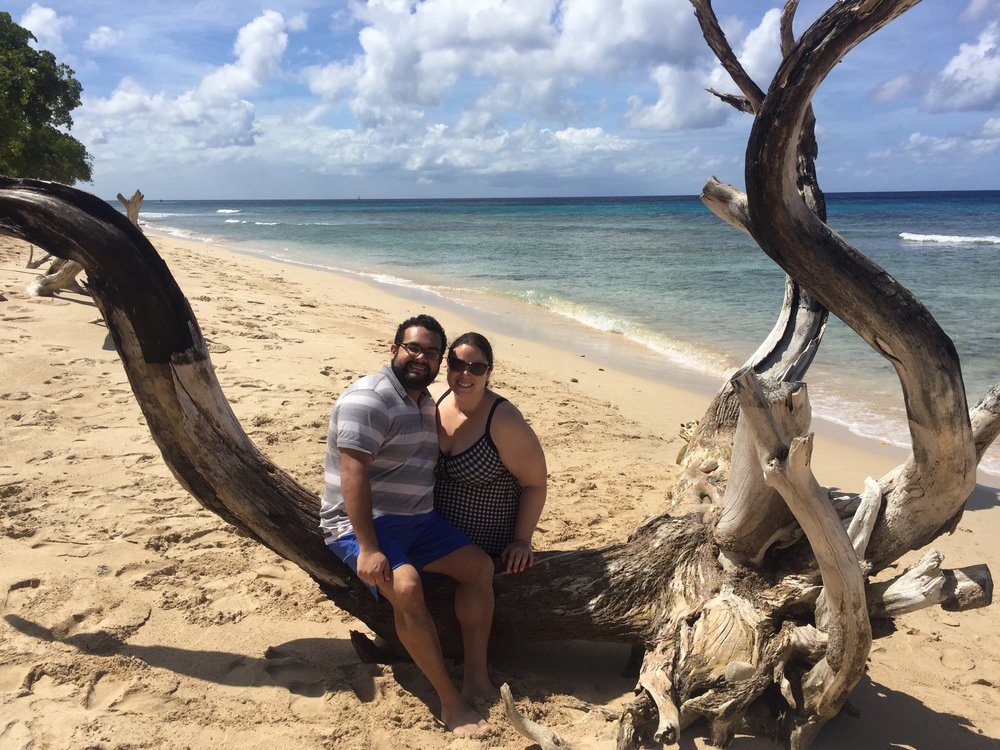