Flashing Palely in the Margins
October 14, 2016

My morning walk to the gym takes me through Thames Park. For most of the year, I listen to audiobooks or podcasts as I stroll through the park on my way to my workout, enjoying the stillness of the sunrise. During the autumn, however, I leave my earbuds in my backpack, and listen to the rustling of the leaves as the sun slowly appears through the tree branches. For the next few weeks, the throisma is my morning soundtrack. 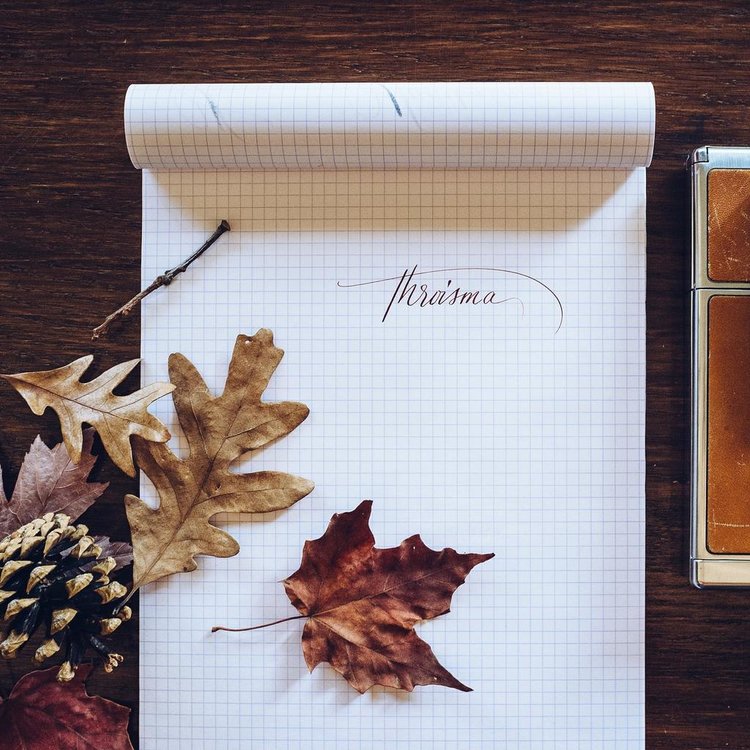 Six years ago, when I was visiting my cognitive-behavioural therapist once (sometimes, more-than-once) a week, my largest source of stress was not my mental wellbeing, but instead, my finances. Psychotherapy costs a lot, and in most cases, even good health insurance plans only cover $500 of appointments per year. I was paying out of pocket for my visits by my second week.

The cost was worth it, even though it depleted most of my savings and I’ve had to rebuild since then; the benefits to my long-term mental health outweighed whatever financial stress I accrued. I, however, was lucky: I had money saved that I could use to pay for the treatment once I bypassed the laughably-low $500 cap set by my insurance provider. Not everyone is so fortunate.

That’s why I’m so happy to hear the news that Starbucks Canada has increased its mental-health benefits from $400 to $5,000 per year for all employees who work 20 or more hours a week, as well as their dependents.

In a series of forums last year, employees explained the value they place on mental-health support, Sara Presutto, vice president of human resources at Starbucks Canada, said in a release.

“The statistics are very clear that mental health is an important issue that is affecting many Canadians,” she said. “We do not believe the current level of support for mental health benefits provided by Canadian employers is sufficient and we encourage all companies in Canada to step up and join this important effort.”

When I was first diagnosed with bipolar disorder, fifteen years ago, my diagnosis was never openly discussed. It was something to hide, something to only share in confidence. Much of that came from being part of a minority community where mental illness was often seen as frailty rather than sickness. There were few models, there was little precedent in our small religious community to help understand the reality of the situation.

Kid Cudi, who recently publicly announced his plan to seek treatment for depression, is doing a lot to change this lack of example in the Black community:

While Cudi has always been open about his struggles, his note on Tuesday takes things further than musing about his mental state in interviews, or using his struggles to fuel his music. It’s brave to admit that he needs help and to actively seek it out. By discussing this in public, he’s breaking, once again, the mold of the Black rapper, providing an example that hasn’t quite existed before to those who might be struggling.

Through Cudi’s willingness to take his confession beyond the more comfortable space of music and expose his struggles so nakedly on social media, he furthered an important national conversation about mental health, specifically among minorities.

Cudi is humanizing depression and letting thousands of other young men and women privately grappling with disorders know that it is OK to not be OK.

Denise Balkissoon’s excellent articulation of whiteness as a racial construct is something everyone should read. If we can call out the construct of whiteness, as awkward as it may be, we are better positioned to create change. (Related: I didn’t expect an ice cream company to be one of the loudest, most astute corporate voices on Black Lives Matter and racial injustice in America, but the folks who run Ben & Jerry’s seem to really get it.)

Lise and I have a routine when we dine out: we each propose menu items that pique our interest, order dishes that appeal to us both, and swap plates between each course. According to the economics of dining as a couple, we seem to be operating in an optimal manner.

As someone who is overweight, I’ve been thinking a lot about how I talk about my own body and my struggles with weight loss: ″Even the public health campaigns meant to prevent obesity can contribute to the stigma, researchers say, because the implicit message is that anyone who really wants to — anyone who eats well and exercises regularly — can be thin.”

Self care isn’t easy; I’ve had a tough week where I’ve been particularly bad at forgiving myself for even the most minor gaffes. The Yayfrens Bot on Twitter may seem silly, but it acts as a great reminder to take it easy on myself when I need that reminder most.

Some good thoughts by my friend Kent on digital government, and the kind of work I do every day in my current job.