Flashing Palely in the Margins
September 6, 2019

Cleo, our cat, has become my first responder when I am feeling the onset of a panic attack.

I’ve had enough panic attacks by now to be able to feel them coming on, and in many cases I’m able to lie down and avoid the full attack by focusing on my breathing and using mindfulness techniques that I’ve been working on for years.

Over the past month, when I’ve been feeling panicky and I’m able to take action before a full attack, Cleo has come to find me, wherever I am lying down, and has climbed on to my chest. There, she curls up, gets comfortable, stares directly into my face, and begins to purr, loudly.

Having a ten-pound cat lie on your chest is one of the best things you can do when you’re trying to focus on your breathing. Her weight forces you to breathe with intention, with conscious effort. Her loud purring resonates in your ears and helps to chase away some of the thoughts that plague your mind. When she stares into your eyes, it is as if she is telling you that everything will be okay, that you’ll get through this, and that she’s always there for you.

These days, Cleo finds me almost every time I am fighting off the onset of a panic attack, and helps fight the onset with me. We are successful more often than not, and after fifteen or twenty minutes, when I am ready to ease back into my day, she hops off my chest and goes back to doing whatever she was before she joined me (in most cases, napping). She is my first responder, and together, we are getting better, we are healing, we are breathing, we are alive. 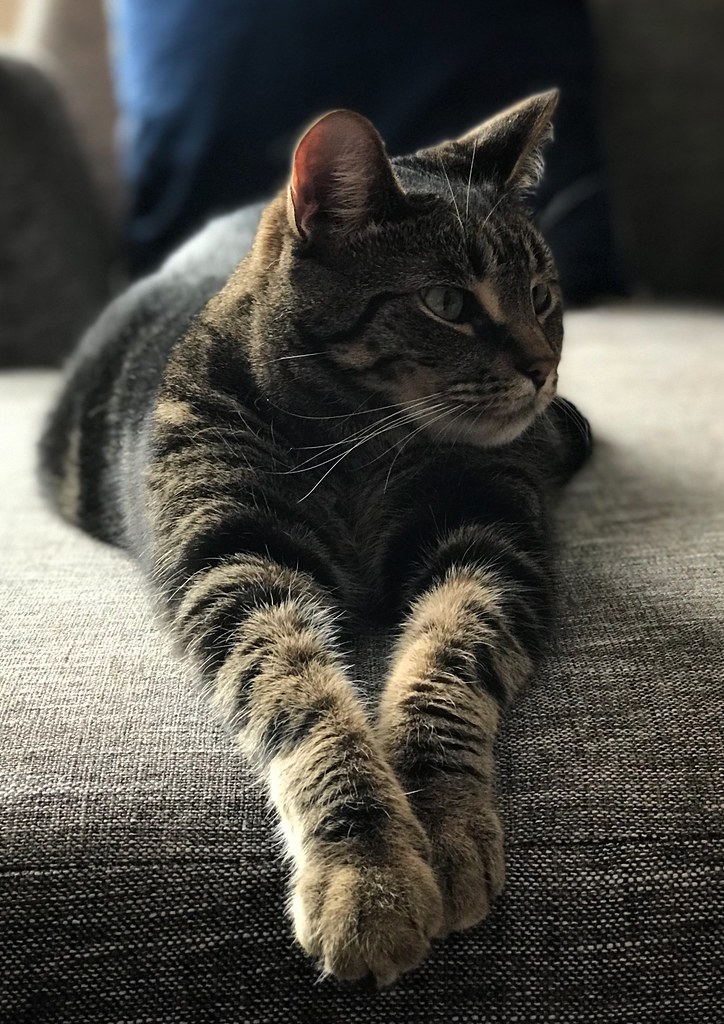 The art of losing isn’t hard to master;
so many things seem filled with the intent
to be lost that their loss is no disaster.

Lose something every day. Accept the fluster
of lost door keys, the hour badly spent.
The art of losing isn’t hard to master.

Then practice losing farther, losing faster:
places, and names, and where it was you meant
to travel. None of these will bring disaster.

I lost my mother’s watch. And look! my last, or
next-to-last, of three loved houses went.
The art of losing isn’t hard to master.

I lost two cities, lovely ones. And, vaster,
some realms I owned, two rivers, a continent.
I miss them, but it wasn’t a disaster.

—Even losing you (the joking voice, a gesture
I love) I shan’t have lied. It’s evident
the art of losing’s not too hard to master
though it may look like (Write it!) like disaster. 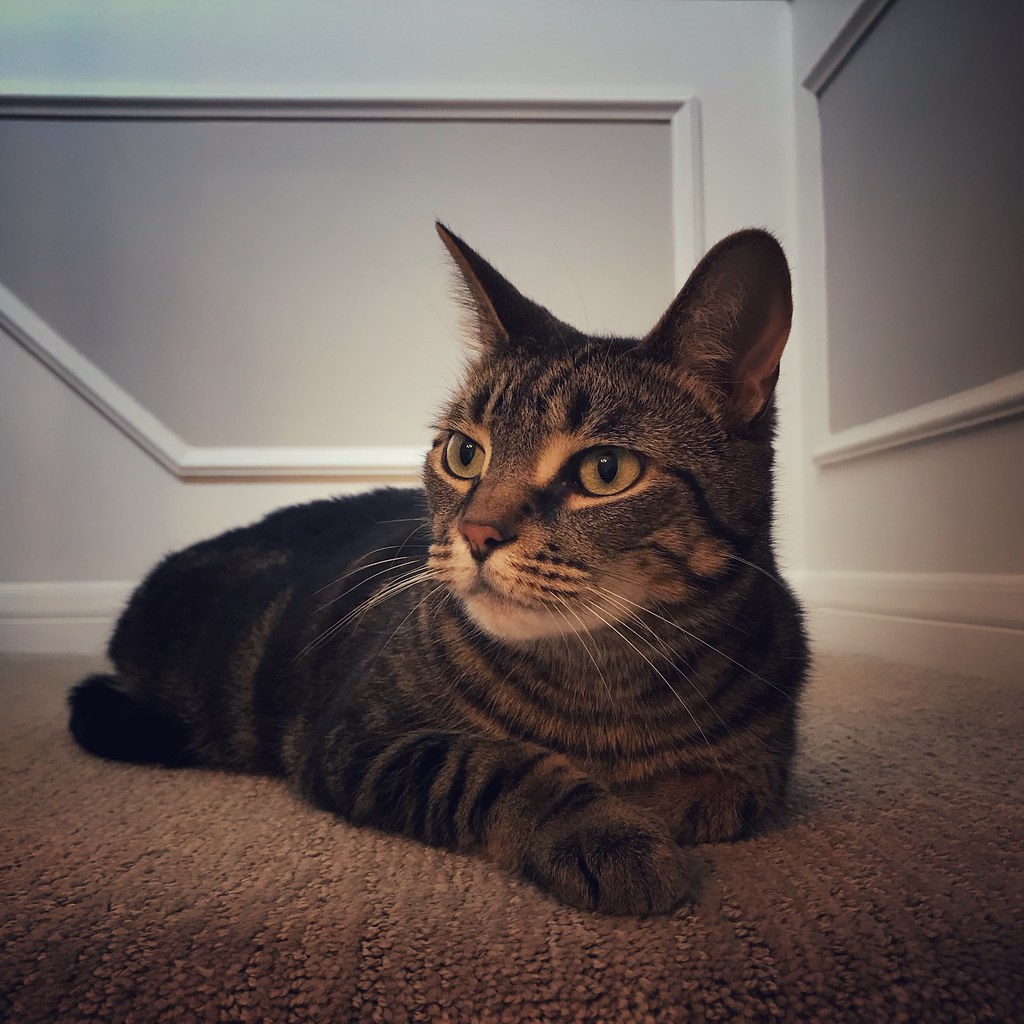 In June, Paul Ford wrote in WIRED about why he still loves tech, despite the flaws of the industry, and I keep coming back to this passage that he wrote in the piece:

I’ve made a mistake, a lifelong one, correlating advancements in technology with progress. Progress is the opening of doors and the leveling of opportunity, the augmentation of the whole human species and the protection of other species besides. Progress is cheerfully facing the truth, whether flooding coastlines or falling teen pregnancy rates, and thinking of ways to preserve the processes that work and mitigate the risks. Progress is seeing calmly, accepting, and thinking of others.

My effort to have everyone I love read everything ever written by Wesley Morris—the greatest cultural critic of our generation—continues today with this link to “Why Is Everyone Always Stealing Black Music?” that was published in the amazing 1619 Project:

The proliferation of black music across the planet — the proliferation, in so many senses, of being black — constitutes a magnificent joke on American racism. It also confirms the attraction that someone like Rice had to that black man grooming the horse. But something about that desire warps and perverts its source, lampoons and cheapens it even in adoration. Loving black culture has never meant loving black people, too. Loving black culture risks loving the life out of it.

And yet doesn’t that attraction make sense? This is the music of a people who have survived, who not only won’t stop but also can’t be stopped. Music by a people whose major innovations — jazz, funk, hip-hop — have been about progress, about the future, about getting as far away from nostalgia as time will allow, music that’s thought deeply about the allure of outer space and robotics, music whose promise and possibility, whose rawness, humor and carnality call out to everybody — to other black people, to kids in working class England and middle-class Indonesia. If freedom’s ringing, who on Earth wouldn’t also want to rock the bell?

Old, but worth revisiting: “The Internet’s Original Sin” by Ethan Zuckerman:

I have come to believe that advertising is the original sin of the web. The fallen state of our Internet is a direct, if unintentional, consequence of choosing advertising as the default model to support online content and services.

In praise of the semicolon, a punctuation mark I use far too often:

Thoughtful punctuating is an occasion to stop, reflect, and immerse ourselves in the contemplative art of the well-judged pause.

The analogy of Narcan as “magic eraser juice” isn’t one I’ve heard before, but it’s an apt one. This reflection from a paramedic working in an opioid-torn city is a powerful one:

Fentanyl is quick, beautiful, and cheap, and it kills you.

What does it mean to drive around with an antidote? It’s a strange feeling, knowing that there’s an oops button on an overdose. We don’t always get there in time. If you’re by yourself, or if you took a particularly strong blend, or if your friends suck at calling 911, sometimes you die all the way. But a lot of the time, you die most of the way, and then we pop you full of magic eraser juice, and you come stumbling back from the edge.

My dream is to one day learn how to ride a bicycle. Until then, I will read excellent essays about the history of the bicycle and the conditions required for that kind of transportation innovation to come about.

A brief history of American nudism finds that the movement’s progressivism was still deeply racist.

Some small communities in the US rely on ticketing passing motorists for up to half of their city budgets.

We recently spent a night in Pittsburgh, where Heinz was everywhere, so I was primed to be particularly interested to hear this interview with “the man who guards America’s ketchup” last week.

I’m a strong believer in the need for better and stronger social safety nets instead of relying on the goodness of the rich, but this piece in defense of billionaire philanthropy makes some good points in why the philanthropic model is important, too.

This story is wild: The Harvard Professor and the Paternity Trap

You should definitely watch my friend Kelsey’s talk about Horizontal Hostility from the recent Creative Commons Conference:

I didn’t think I’d ever see a Tiny Desk Concert featuring Shaggy and Sting together, but it exists, and it’s amazing:

Thank your first responders this weekend, whomever they may be, however they may enter your life. We’ll talk soon.