Flashing Palely in the Margins
February 6, 2020

How to Be an Antiracist

During the budget debates at London City Council last week, one city councillor—a young Black woman, the only woman of colour on city council—rightfully identified a proposed policy as anti-immigrant, anti-woman, and anti-poverty. She spoke about the policy, and not the people who proposed it, and correctly identified the social ramifications it would have on the most marginalized in society. 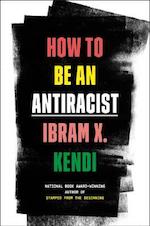 For that, I am thankful to Arielle Kayabaga. She showed us all how our elected officials should act: in service of the people they were elected to serve, and committed to ethics and equity and justice. She showed us how to be antiracist.

In response to her (rightful, correct, appropriate, and much-needed) comments on the policy—again, a criticism of the policy and not the people who authored it—four members of city council voted to remove her from the rest of the budget debates. Those four—predictably, white men—felt like their hurt feelings were more important than good debate on policy and the impact their decisions will have on the people they serve. Because of this, they decided to censor and censure a young, Black woman; rather than engaging and deliberating and understanding, they decided to remove and silence diverse voices. This effort to silence a Black woman was, inherently, a racist act.

Following those events, the Medical Officer of Health and Chief Executive Officer of our local public health unit sent out a tweet that started, “I know those four councillors are not racist, but…” He was roundly called out for his comments and since deleted the tweet.The mistake he made was not just in minimizing and diminishing the lived experience of the marginalized—when someone tells you that they are facing racist aggression, believe their experience—but also in the idea of “not racist” as being enough.

This is the point behind Ibram X. Kendi’s How to Be an Antiracist: that there is no neutrality in racism. We are either racist or antiracist; “not racist” is a statelessness that does not actually exist.

Kendi, over the span of an enlightening and often infuriating book, brings this point home in many ways: racist policies have to be combatted with antiracist policies. It is not enough, nor is it possible to be neutral; there is no “not racist” in a society that is inherently unjust, and that we have to actively combat that injustice through policy.

By pointing out that a council proposal was anti-poverty, anti-woman, and anti-immigrant, Arielle Kayabaga was being explicitly antiracist: she was exerting her power on policy to make it just. If we believe Kendi’s assertion in How to Be an Antiracist that there is no neutrality, by choosing to silence her for this, the four councillors who voted to censor her were being racist, no matter how many times they trot out the “I’m not racist” defence.

I know what side I’m working hard to be on. I wish our elected officials did, too.