What’s in a name?

One of the biggest honors—and responsibilities—I’ve had in my life was to lead the naming of my brother.

I wasn’t quite eight years old when I found out he was on his way, and to be entrusted with coming up with his name was delightful but daunting. I knew my parents would veto anything that was too off the board, but they also knew that I would take this responsibility seriously. I dove into the task, deeply.

Our family name is ambiguous: Vasta isn’t immediately identified as South Asian, or Arab, or even “foreign” to many. I’ve met Vastas that are Portuguese, that are Finnish, that are Indian. It’s a name that has allowed me to sometimes coast by in a world that is quick to other people who may not have names that are recognizable.

That’s why I’m so glad that my parents named me Sameer: it is a name that can’t be mistaken. It is loudly, proudly and unmistakably Arabic, a nod to our Muslim heritage and a marker of who we are.

My mom tells me that she named me Sameer—the literal meaning is “friend who walks with you through the night” but metaphorically it is supposed to mean the person who will stand with you in the darkest of times—because she knew that I would grow up to be a friend to many, to be the person many will count on, rely on. I know this was aspirational on her part: nobody knows how their children will grow up, so a name is just a projection into our hopes and desires for them.

Aman means “peace, safety, and protection” and my brother is exactly that. He takes care of my grandmother, of my parents, now that I don’t live nearby. He takes care of his friends, and the people around him. He is a bastion of peace and safety, despite his propensity for risk and adventure.

I’ve been thinking a lot about names, and why we choose them, and what they mean to us and our links to who we are and from where we came. This thinking intensified after reading Elamin Abdelmahmoud’s beautiful letter to his daughter about her name:

Blood is a burden, love. It should be. It should be heavy, a weight you carry. All of us carry that unshakeable chain. We come into this world tied to a lineage, and therefore a part of an ongoing story. All of that is in your last name: you, an Abdelmahmoud, in a place like Canada. You don’t know it yet, but every time someone asks can you spell that? you’re going to feel the sting of lineage, the gentle hand of ancestry.

It’s not lost on me, either, that you’re destined to have a conflict with your last name. It’s going to take time for you to learn how to spell it; you’ll recognize people’s hesitation before they try their hand at saying it. It’s a speed bump, Amna. And for some people, your last name will be the only piece of information they’ll need to judge you. You’ll wonder: do I really need this complication in my life? That, too, is by design. I don’t want you to avoid it. God knows having this name has been a battle for me.

But that battle is good for you. Because going through it every time means having to remind yourself of who you are, of how you got here, of the people who will never meet you but whose weight you carry nonetheless.

I named my brother Aman Azim Vasta, and my parents knew it was just right for him. I hope that he thinks of what that name means, what it carries, every time he says it; I do reflect upon my name every day, and do my best to honour its legacy. 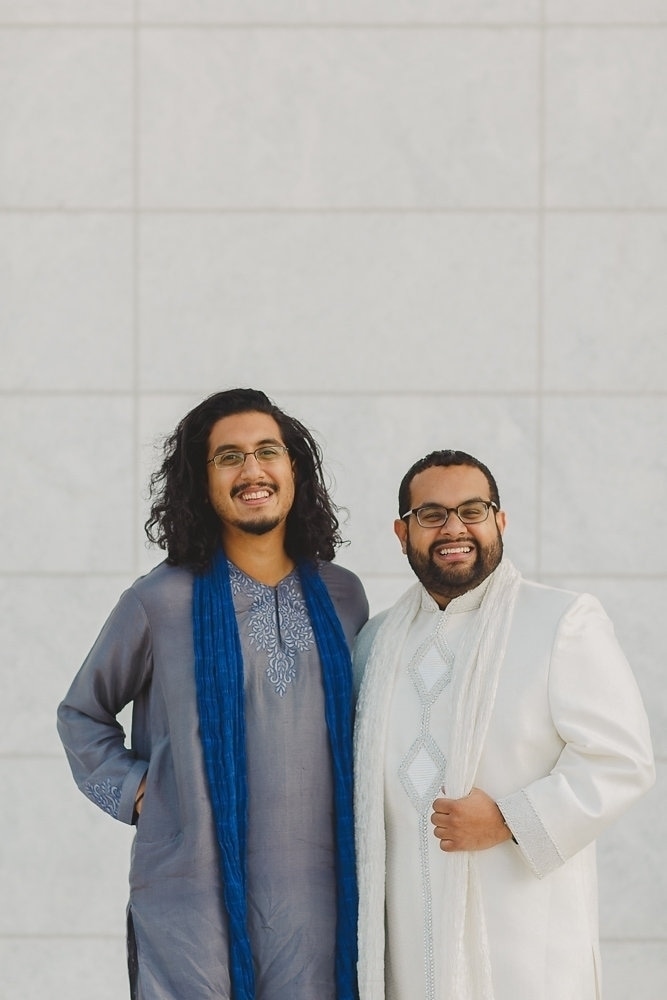 When Lee speaks about what happened to Ali, what happened to Martin Luther King Jr. and other radicals, you know he is dealing with the anxiety of what America will do to him, when it’s all said and done. It’s one of the reasons why Lee is so loud, so brash and seems to never take his foot off the Spike gas—Americans haven’t earned the right to be comfortable around him yet. What James Baldwin said in 1968 could apply to Lee in 2018: “It is not for us to cool it.”

He’s always drawing boundaries, because he never wants to be sanitized. And simply existing as black in any white space requires grappling with the so-called benefits of being seen as “safe.” This way of thinking permeates society today, from art to politics to sports. “There’s this thinking that athletes should just run up and down the field, run around the bases, run down the court, play ball and shut the f-ck up,” Lee says. “But there’s a history of that not being the case. And the powers that be don’t like that.”

As someone that has twenty years of writing on the web still around, and an archive of tweets from the first days of Twitter, I‘m very interested in what the archiving of our every thought means to us as individuals—and how it affects our ability to grow, learn, and change our minds online:

One thing that hasn’t changed is this: in private spaces, among people we trust, all of us are still constantly working out our relationships with past selves. That includes expressing regret and taking responsibility. Away from the judgment of the internet as a whole, we trade shame over what we once thought worth sharing. Then, crucially, we allow ourselves to move on.

Kareem Abdul-Jabbar may have been one of the greatest basketball players to ever live, but his post-basketball career as a writer, social commentator, and activist is just as important—as this open letter to the NFL’s owners so beautifully demonstrates:

We all are entitled to our opinions, but when those opinions translate into actions that affect the whole community at large, we have a responsibility to scrutinize those opinions, to hold them to a higher standard of reason. Denying your players their freedom to express their concerns sends a clear message that you don’t value your black players’ values. You’re telling them that they must abide by your white perception of social justice even though you have no experience with the kind of institutional injustice that robs their community of lives, hope and a future.

I’m a little hit-or-miss when it comes to Seth’s writing, but he hits the nail on the head when he writes about momentum:

The decline of our personal momentum might be the great untold story of our time. That electronic media, incoming, ‘breaking’, please reply, didn’t you see that, react right now, click here… this has a cost. And the cost is our internal drive to initiate instead of to just react.

Every time I read anything about Facebook and its practices, I’m thankful that I made the decision to delete my account almost a decade ago. This piece on why Facebook can’t seem to do anything right when it comes to creating social good—namely, seeing users as data and not people—is a perfect distillation of what’s wrong, and how we can do better:

The imperative to “connect people” lacks the one ingredient essential for being a good citizen: Treating individual human beings as sacrosanct. To Facebook, the world is not made up of individuals, but of connections between them. The billions of Facebook accounts belong not to “people” but to “users,” collections of data points connected to other collections of data points on a vast Social Network, to be targeted and monetized by computer programs.

There are certain things you do not in good conscience do to humans. To data, you can do whatever you like.

One of my worries when we moved into our current house, built in the early 80s, was that I’d miss the open concept living we had in our place in Toronto. I’ve quickly realized that not only is there a strong case to be made for having a closed-concept design, and for having discrete rooms, but that I love the way our house was designed and can’t imagine going back:

The best thing about the closed floor plan? It offers what it has always offered: aural, olfactory, and spatial privacy. Humans have always needed the sense of comfort and refuge that defined rooms provide. That may explain the rise of “man caves” and “she sheds”—closed spaces that rebel against the open concept.

Instead of these—space-wasting, specialized rooms that are used relatively sparingly—why not just build common rooms with walls and doors? If you want to escape something unpleasant, you can do so without feeling banished or isolating yourself from everyone else. Sometimes, true freedom means putting up a few barriers.

This is a devastating but beautiful piece by Scaachi Koul on losing weight for her upcoming wedding.

Something I’ve never thought about before, but is worth thinking about for a little while: middle children are going extinct.

This look at who leaves small towns and rural areas, who stays, and who comes back—and the way it shapes our personal and political viewpoints—is all kinds of fascinating.

Photos of balloon birds, in the natural habitats of their real life counterparts: 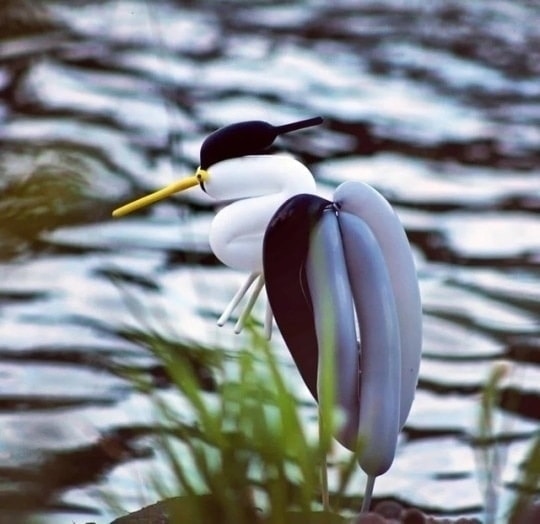 Before I go, I’d just like to quickly acknowledge the passing of Aretha Franklin. There is no one like her, and there never will be. Rest in peace and power, my Queen. Here is a video of my favorite recent performance of hers: