Flashing Palely in the Margins
December 8, 2017

We were never really welcome.

The travel ban—in whatever form it may be taking these days—has been in the news again recently. This time, the newsworthiness is that the ban has been cleared by the courts (appeals are pending, I’m sure), meaning that ostensibly, America can now start banning people who look like me from entering the country.

I’m not from a country that is identified in the current ban, but as a brown-skinned Muslim, I surely look like I could be. I may not be banned now, but it’s clear—in reality, it has been very clear for a long time, not just with 45 as President—that people like me are not welcome in the United Sates, and probably won’t ever be truly welcome ever again.

Being banned from a place is not something I’ve really ever thought of: while I’ve been discouraged from entering spaces (physical, metaphorical) because of my skin colour and my name, I’ve never felt the weight of direct policy that explicitly excludes me. (Implicit and systemic exclusion is a whole other salient point of discussion, and one I’d love to chat about soon.) I’m also aware that there are people who have had to live with this exclusionary policy all their lives; while I’m only becoming aware of it now that it is hitting close to home, I should have noticed it before, for others.

Whether the Muslim ban holds up in court or not, whether it remains limited to the countries identified in its current iteration or gets extended to anyone with an Arabic-sounding name no matter where they may be coming from, what this point in American history does is tell everyone that the United States is not a place of inclusion, and that perhaps it never really was. “Bring us your huddled masses” was a lie at its core: the protection of the people like us came before, and always would come before, any kind of goodwill for the masses that needed sanctuary.

Perhaps one day I will no longer be able to travel to our neighboring country because my name is Sameer—or, perhaps, the fight against the ban will be successful and people will be reunited with their loved ones (and their loved places, their spaces of refuge) once again. What will never be reversed is knowing that no matter who may come or go, in the end, we were never welcome here at all.

We Need to Talk About Digital Blackface in GIFs, Lauren Michele Jackson:

Our culture frequently associates black people with excessive behaviors, regardless of the behavior at hand. Black women will often be accused of yelling when we haven’t so much as raised our voice. Officer Darren Wilson perceived a teenage Michael Brown as a hulking “demon” and a young black girl who remained still was flipped and dragged across a classroom by deputy Ben Fields. It’s an implication that points toward a strange way of thinking: When we do nothing, we’re doing something, and when we do anything, our behavior is considered “extreme.” This includes displays of emotion stereotyped as excessive: so happy, so sassy, so ghetto, so loud. In television and film, our dial is on 10 all the time — rarely are black characters afforded subtle traits or feelings. Scholar Sianne Ngai uses the word “animatedness” to describe our cultural propensity see black people as walking hyperbole.

If there’s one thing the Internet thrives on, it’s hyperbole and the overrepresentation of black people in GIFing everyone’s daily crises plays up enduring perceptions and stereotypes about black expression. And when nonblack users flock to these images, they are playacting within those stereotypes in a manner reminiscent of an unsavory American tradition. Reaction GIFs are mostly frivolous and fun. But when black people are the go-to choice for nonblack users to act out their most hyperbolic emotions, do reaction GIFs become “digital blackface”?

Education is one of the bedrocks of Canadian society. Legislated as “a fundamental social good,” it is intended to provide both socialization and opportunities to develop youth’s minds and relationships, and to help them build their futures. This is largely rhetorical; schools continue to be underfunded and under-resourced, and teachers are widely devalued and poorly compensated. Nonetheless, publicly funded education is generally understood to create options and facilitate advancement in society. For many Black students, though, schools are places where they experience degradation, harm, and psychological violence. Even as education environments continue to underserve many communities from different backgrounds, there are unique dimensions to the experiences of Black youth, who experience schools as carceral places characterized by neglect, heightened surveillance, and arbitrary and often extreme punishment for any perceived disobedience. Because Black youth are so often not seen or treated as children, schools too often become their first encounter with the organized and systemic devaluation of Blackness present in society at large.

There are psychological benefits from having an actual permanent community. Every step taken that erodes that community, even if it is difficult to quantify, makes the lives of those in it worse off. The decisions that I make have effects on other people, even if we’d like to think they don’t. If I participate in the life of my street, getting to know people, hanging out with them, helping them in tough times, and generally being a connected and public-spirited person, everyone is better off. If I refrain from doing so, everyone is worse off. We often don’t realize how connected we are. (Furthermore, what is often derisively called “nostalgia” for places as they used to be is in fact an ordinary sense of human attachment to place and community, and a need for the fulfillment that comes from a life grounded in a continuous social and cultural context, one that is not constantly being “disrupted” by market forces.)

To date, critical analysis of the broader systemic challenges facing the municipal land use planning process has been limited. Identifying and acknowledging these issues would be an important first step to developing solutions. Although the reasons why effective planning outcomes may not materialize in particular cases certainly vary depending on individual circumstances, they can be summarized in five overarching themes: influence, inertia, illiteracy, inconsistency and interference, each arising in different stages of the planning process. Elected officials, land use planners, transportation engineers and developers all share responsibility and must be aware of the ways in which they may — consciously or not — derail the planning process and propagate a failed model of urban growth. By analyzing each of these issues in turn, we can begin to identify solutions to help achieve better planning outcomes.

From inboxing to thought showers: how business bullshit took over, André Spicer:

At the very point when work seemed to be withering away, we all became obsessed with it. To be a good citizen, you need to be a productive citizen. There is only one problem, of course: there is less than ever that actually needs to be produced. As Graeber pointed out, the answer has come in the form of what he calls “bullshit jobs”. These are jobs in which people experience their work as “utterly meaningless, contributing nothing to the world”. In a YouGov poll conducted in 2015, 37% of respondents in the UK said their job made no meaningful contribution to the world. But people working in bullshit jobs need to do something. And that something is usually the production, distribution and consumption of bullshit. According to a 2014 survey by the polling agency Harris, the average US employee now spends 45% of their working day doing their real job. The other 55% is spent doing things such as wading through endless emails or attending pointless meetings. Many employees have extended their working day so they can stay late to do their “real work”.

There are some incredible images in this roundup of the top 25 news photos of 2017, but these three are the ones that jump out at me the most: 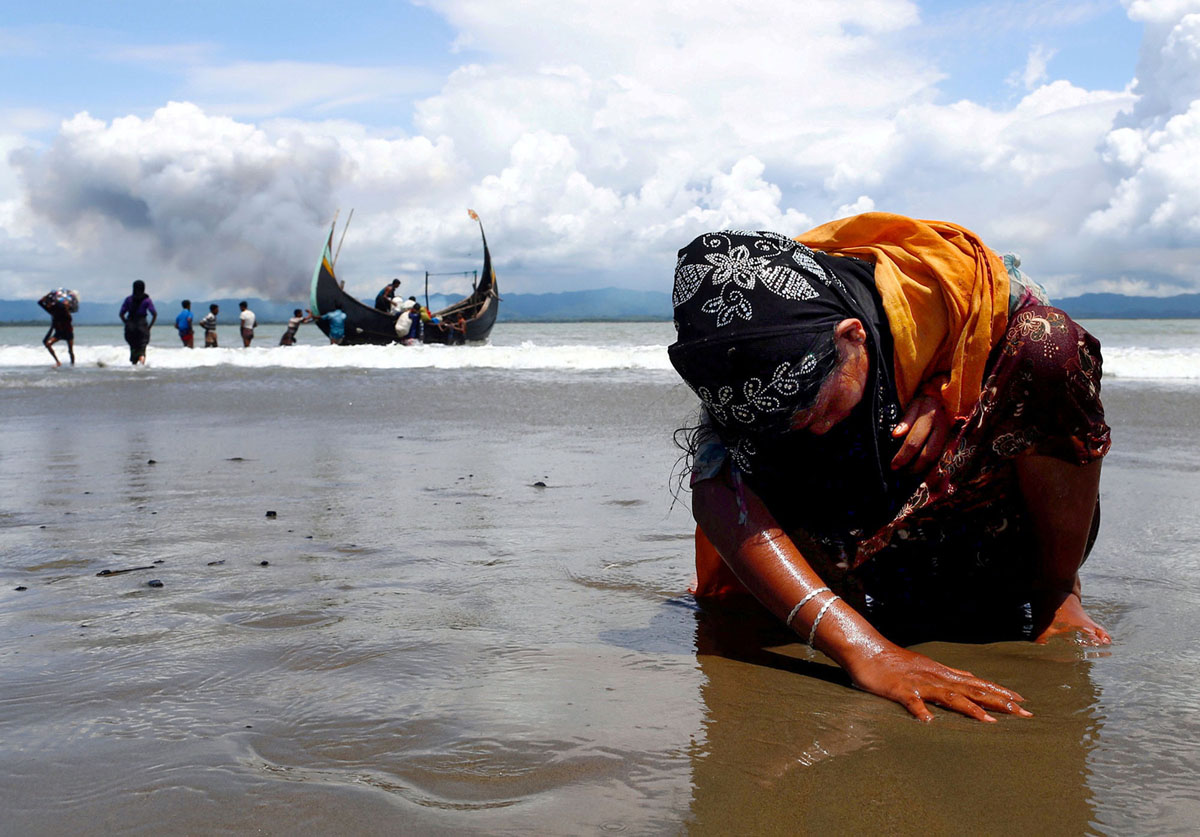 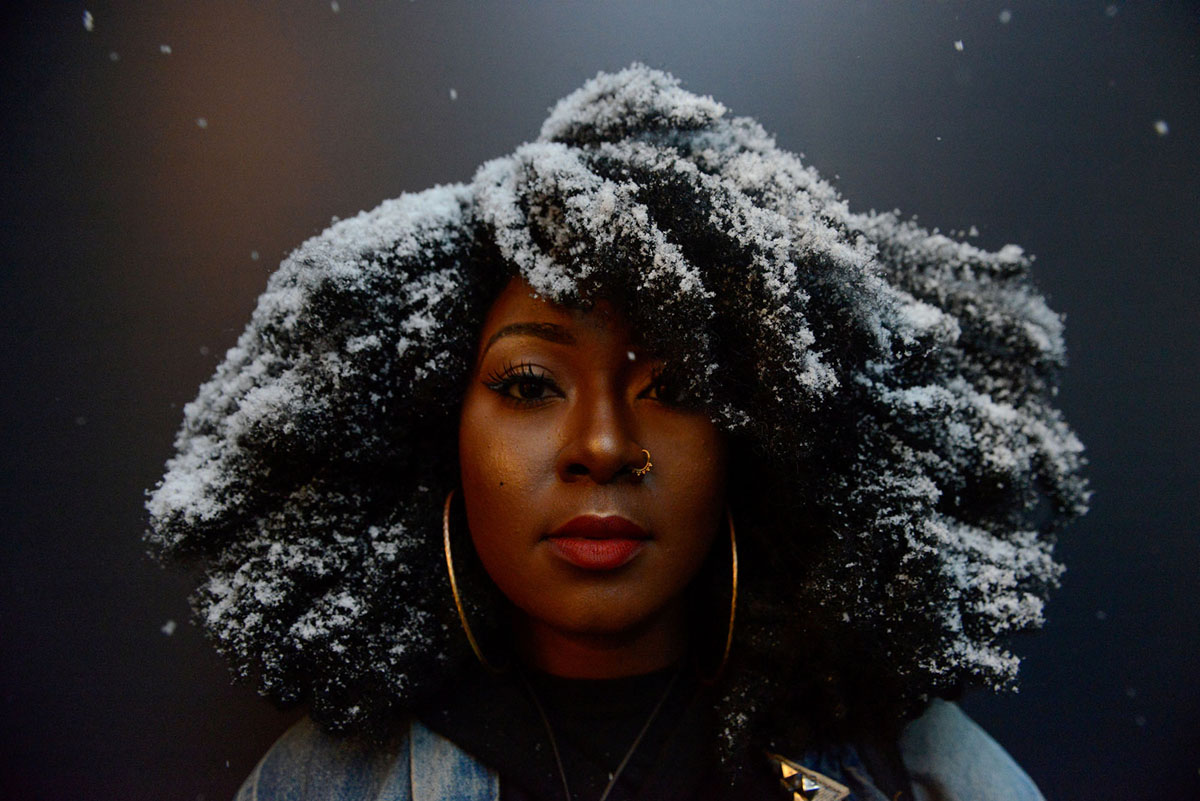 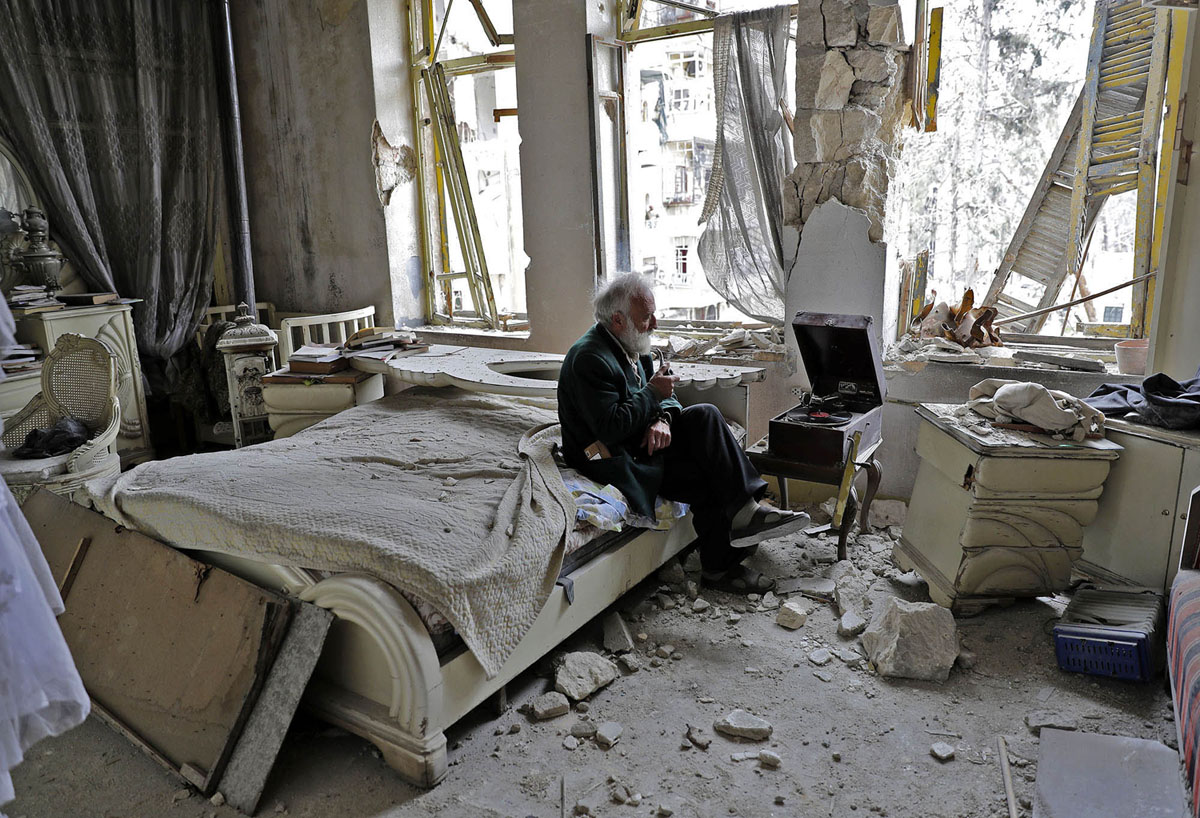 There are few things that captivate me more than seeing photos of Jupiter taken by NASA’s Juno spacecraft: 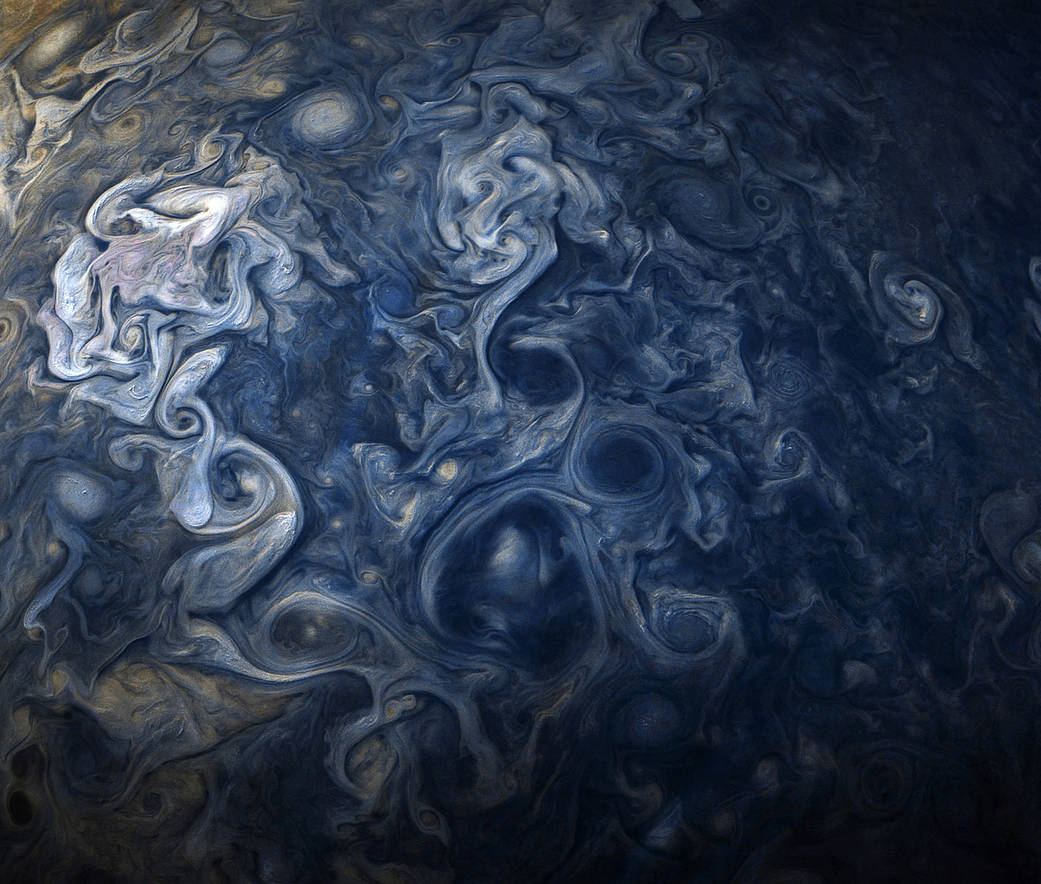 I would love to see this stunning lunar hologram installation by Faith47 and Lyall Spring in person: 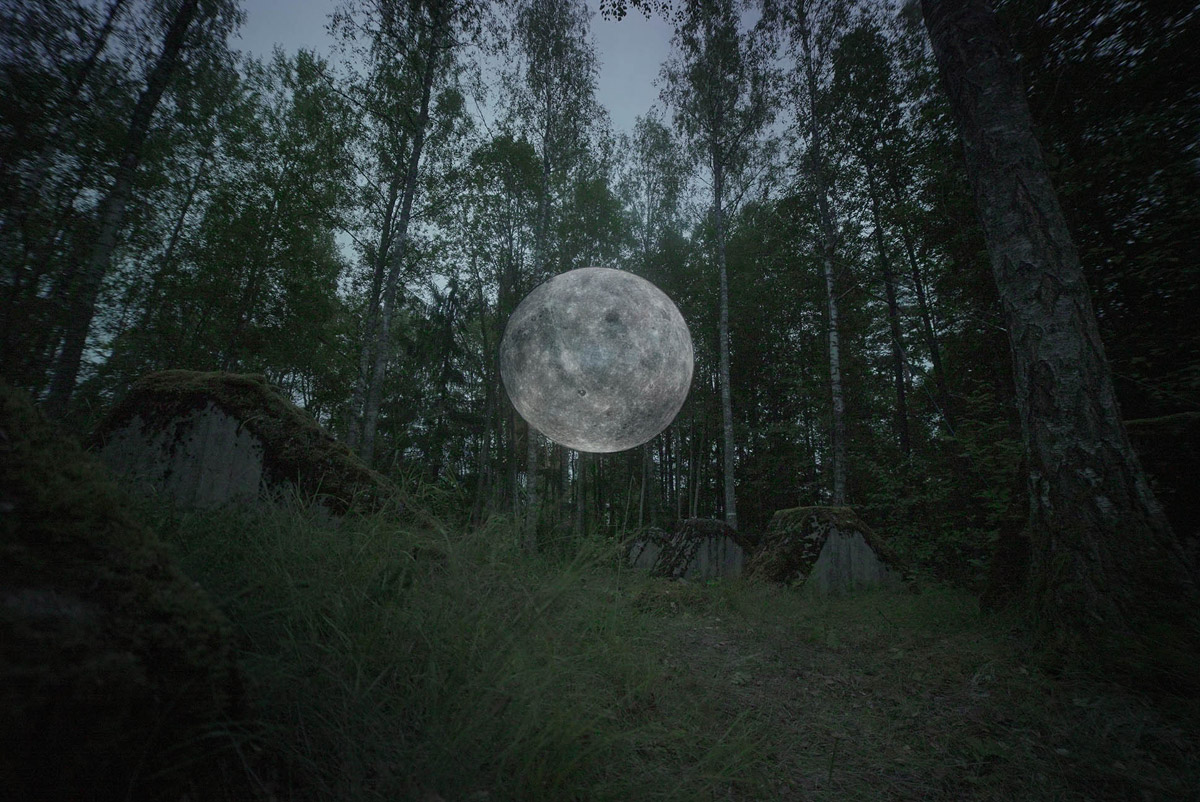 So many wonderful secrets are hidden right beneath our feet. I love that the Washington State Geological Survey is using LIDAR to study the land hidden under forested areas of the state: 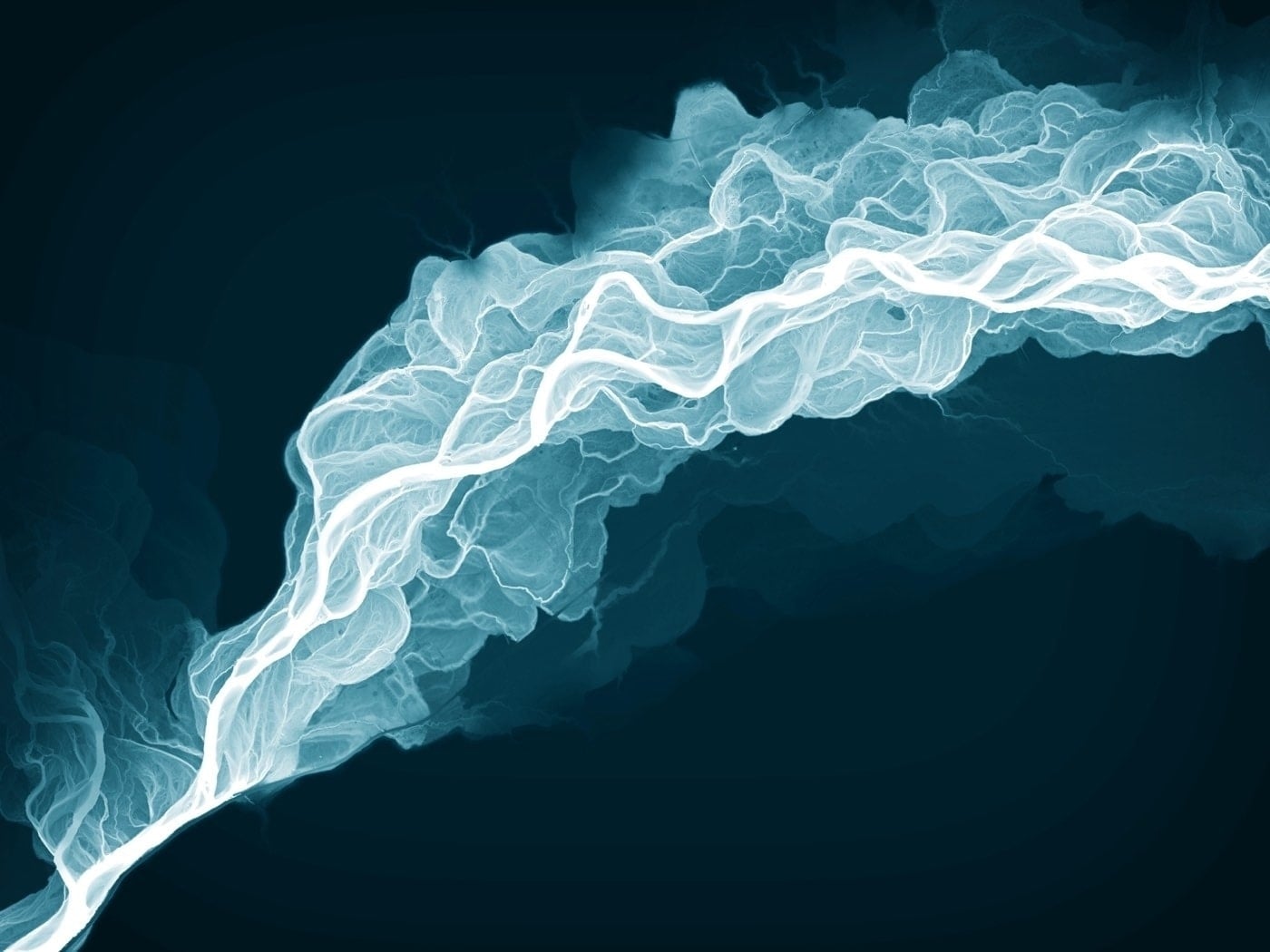