Autonomy in a world of restriction

Earlier this week, I had my final appointment with my psychiatrist before he moved to a new city.

I don’t blame him for going—he was leaving because his wife got a job offer she could not turn down, and I know what that’s like—but I was sad. Not only was my psychiatrist the best mental health practitioner I’ve ever had, but he was also the best medical practitioner of any kind.

The practice of psychiatry can often be about the removal of agency: regimens of behaviours and medication that make you feel a certain way, act a certain way, be a certain way. In many (most?) cases, you don’t have much choice over what regimen you will follow, or even to be seeking help in the first place. By it’s nature, psychiatry is about control: helping you establish control over yourself, your mind, your actions, and your neurochemistry.

That’s why my psychiatrist was so great: he gave me autonomy in a world of restriction. He trusted me to know when I wasn’t doing well, and to take care of myself when I was. He didn’t tell me what to do or take, but provided me with options and ideas, allowed me to make the choices I thought would be best for myself, and then supported me no matter what choice I made. His was a practice that gave me agency, and through that agency, made me feel great about myself.

I understand that this can’t be the experience of everyone when they need psychiatric support, but I am so thankful that my context and circumstance allowed it to be my experience. By putting me in charge of my own care, and acting as a guide and support, I felt empowered and trusted. There aren’t many medical practitioners that can give that feeling to their patients; I’m so lucky to have had that, and so sad to see it go.

Looks like what drives me crazy
Don’t have no effect on you —
But I’m gonna keep on at it
Till it drives you crazy, too.

let him find honey
where there was once a slaughter

I’ve been listening to CRJ’s new album on repeat and have bought tickets to two stops on her tour this year, so yeah, I’m a bit of a fan.

How Carly Rae Jepsen Became The Queen Of Niche Pop:

Emotion turned Carly Rae Jepsen into a folk hero, a title unimaginable during the nine-week run of “Call Me Maybe” at No. 1. In fact, in spite of the brazen mainstream-ness of its musical content, the album inadvertently established Jepsen as almost underground — a criminally underrated gem only the savviest pop music connoisseurs appreciated, and whom gay men, always the champions of misunderstood women written off by broader popular culture, could call their own. In was an unexpected turn, but one Jepsen seemed to embrace. As Carrie Battan wrote for the New Yorker at the time, “Jepsen, the woman behind one of the biggest songs of this century, now resembles someone whom she never had the opportunity to become at the beginning: an indie darling.”

Since we’ve moved to the “Midwest of Canada” I’ve been thinking a lot about how Prince is emblematic of the region; unlike stars from New York or California, Prince’s appeal comes from his hard work to create, rather than just an innate talent. (Though he had a lot of that, too.)

Prince of the Midwest:

A friend said Prince created his own creative world around him, something many of us in the Midwest have had to do in one way or another. When I heard Prince, when I saw Prince, I felt moved to be more than I was. The flat-footed white boy lip-syncing “When Doves Cry” in the mirror knowing full well he couldn’t so much as polka in shitkickers, let alone do the splits in high heels, was being propelled down a path toward what the philosopher Montaigne said was the greatest thing in the world: To know how to belong to oneself.

We’ve been having quite a few conversations about microaggressions at work recently, and the “where are you from?” question is one I always bring up as an example. By assuming we’re from elsewhere, we are automatically othered.

Co-workers keep mixing up people of color in the office. It’s more than a mistake:

While there are cognitive explanations for the “work twin” problem, these kinds of common, subtle slights, known as microaggressions, cause undue stress over time. Microaggressions — such as asking Asian Americans where they’re from or repeatedly mispronouncing a person’s name — make people of color permanent outsiders and create constant discomfort in offices, schools and other places where they have to be.

I’ve always found Sherlock Holmes a fascinating but inherently abrasive character. There’s something about being solely analytical and not at all empathic that rubbed me the wrong way.

To avoid moral failure, don’t see people as Sherlock does:

This kind of indifference to the effect one has on others is morally criticisable. It has always struck me as odd that everyone grants that our actions and words are apt for moral critique, but once we enter the realm of thought we’re off the hook. Our beliefs about others matter. We care what others think of us.

Thinking about advice in contrast to coaching and instruction has been enlightening for me. In what instances, when I ask for advice, am I really looking for one of the latter two?

It would be really nice if information that could transform someone’s values was able to be handed over as cheaply as driving instructions. In such a world, people could be of profound assistance to one another with little investment in one another’s lives. The myth of advice is the possibility that we can transform one another with the most glancing contact, and so it is not surprising that one finds so much advice exchanged on social media. When people are not fighting on Twitter, they are cheerfully and helpfully telling one another how to live. In that context, advice functions as a kind of small talk or social glue: it helps people feel they are getting along in a space not bound together by any kind of shared weather.

As someone who only started watching GoT after the penultimate season had concluded, I didn’t feel the same investment as others in the last season—and perhaps didn’t feel as let down by it, either.

I Ignored ‘Game of Thrones’ for 8 Years. Then Inhaled It in 5 Weeks:

I do believe that we mischaracterize what it means to experience television now. Where, for a viewer, should the shame of a binge begin? Perhaps at the point at which we permit the networks and streaming services and media who cover them to shame us, to reclassify viewership as consumption. I think eight years is too long, not to be devoted to a television show but for the companies who make our TV to milk that devotion, the way, for decades, film studios and the owners of certain professional sports teams have.

I used to be a die-hard baseball fan, and I’ve noticed that my interest recently has been waning. I never thought that the speed of pitching could be one of the reasons for the loss of interest.

Velocity is strangling baseball — and its grip keeps tightening:

In football and basketball, you can counter other teams’ extreme size and speed with extremely large and fast athletes of your own. In baseball, where the pitcher initiates the action, the 60 feet 6 inches between the mound and home plate is a built-in firewall, limiting a hitter’s options and reducing reaction time the faster the pitcher is throwing. For a hitter, the difference between 92 mph and 100 mph is about 4½ feet or 36 more milliseconds.

These days, about 50% of my reading is done via audiobook; while it is a different experience from reading on paper, I don’t think it is inherently better or worse.

Audiobooks: The Past, Present, and Future of Another Way to Read:

Nowhere in this piece have I used the word listening or consuming to describe what we do with audiobooks. Some will quibble with this—I have perused the comments sections of essays I’ve written about reading with my ears. To those who are protective of the verb to read, I ask what is gained by insisting on the distinction? If a quarterback can read a defense and a computer can read a file, it doesn’t seem like a leap to call 10 or 20 hours of processing words that happen to enter our brains through the ears reading.

It’s no secret that I’ve been struggling with my mental health recently. One reason, I think, is because since we moved to a car-centric neighborhood, I’ve spent less time walking for the sake of walking; this is something I need to remedy.

Why Walking is the Key to Being More Productive:

That’s the easiest option in life: to do the same things every day. You get up in the morning, you eat your porridge, you take the metro to the office. And of course most people have to go to the office every day, so there has to be repetition. But I think it’s easy to become a slave to it. Everything you do is foreseeable. There are absolutely no surprises. I’m not advising anyone to make a revolution out of their lives. But there are so many small possibilities for living a richer life. You have to get out of those routines every now and then.

Also related to my mental health, one of the things that I had begun getting better at is embracing myself for who I am, and not always trying to be something I’m not. That had fallen to the wayside recently, so I need to practice being good not great again for me to find some peace.

It’s Okay to Be Good and Not Great:

Stop trying so damn hard to be invincible, and just be yourself. The research of University of Houston professor Brene Brown demonstrates that the more you can bring your entire self to everything you do—the good, the bad, the sad, and the ugly—the better you’ll feel and the better you’ll be. You’ll not only eliminate emotionally draining cognitive dissonance, but also forge more genuine connections with others, opening yourself up to support when you need it. “Vulnerability doesn’t come from trust,” Brown writes. “Trust comes from vulnerability.” Recent experimental data suggests that this is because deep down inside, most everyone dislikes having to pretend they’ve got all their shit together. When you let your guard down and get real, others feel relieved and gain the confidence to do the same.

This piece on incels and plastic surgery was at times infuriating, at times heartbreaking, and mostly just frightening.

As a fan of all things bees, I was delighted to find out that a few McDonald’s restaurants in Sweden started putting beehives on their rooftops to help save dwindling bee populations and it turned into a national sustainability effort. 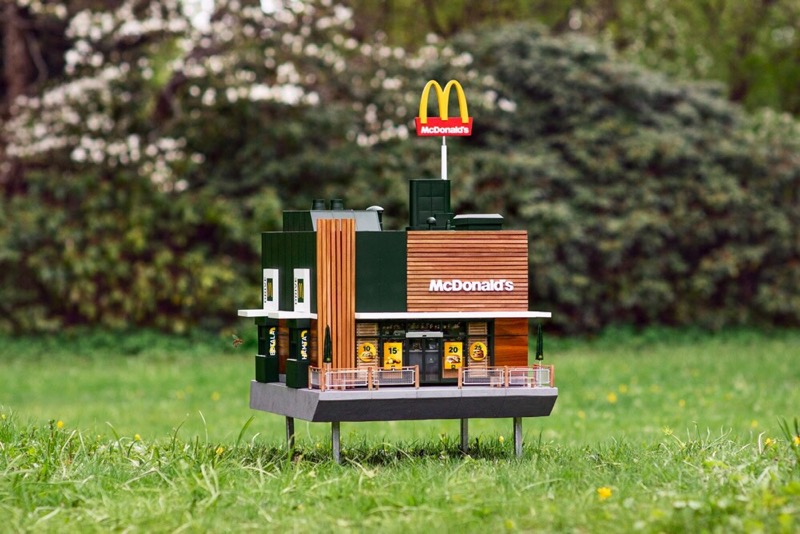 Wishing you trust, autonomy, and agency, my friends. See you in a few.