I was there, in Dixon Park, when they opened up the Vince Carter basketball court. Vince was there, too, wearing his Raptors purple, passing the ball to the kids lined up to take a shot on the new court. I was one of the people in that line—even though I was already 21 years old at that time.

Vince spoke to some of the kids there after the formal opening ceremony, and he told us that they were going to work hard to win a championship; that the Raptors would win one for us.

I remember looking out at the sea of mostly Black and Brown faces there, at the court, all eager to meet Vince, to take a shot on his court, and to feel like someone was playing for them. This was a community that was mostly unseen by the other professional sports teams in the city, and these kids couldn’t always imagine themselves on a hockey rink or baseball diamond; they could see themselves on the court, though, and the Raptors were a team that saw them, too. When we all assembled on that new shiny court in Dixon Park, we felt like we belonged, like someone realized that we were there.

Last night’s NBA championship win for the Raptors wasn’t just a title for the city—it was a promise kept. It was the culmination of something that Vince Carter told us more than fifteen years ago: that we mattered, even when everyone else didn’t care that we were there, and that we mattered enough to work hard for, to fight for, to win a championship for.

Since last night, I’ve been thinking about waiting in line at the Vince Carter court to take a shot. I missed the shot that I took that day, but I didn’t care. I knew there would be more. I knew that from now on, those Black and Brown faces waiting behind me in line would have someone listening to them, that we could be seen, that we could be louder—and I knew that eventually, it would be our time to roar.

Last night, the city roared in joy. And I said thanks for a promise kept, for a team that won this game, this season, for us.

To Be Seen
Jericho Brown

You will forgive me if I carry the tone of a preacher.
Surely, you understand, a man in the midst of dying

Must have a point, which is not to say that I am dying
Exactly. My doctor tells me I might live

Longer than most, since I see him more than most.
Of course, he cannot be trusted nor can any man

Who promises you life based on his being seen.
Understand also, then, that a point and a message are

Indeed quite different. All messages issue forth from
The chosen: a prophet, an angel, the whitest

Dove — those who hear the voice of God and other
Good music. A point, on the other hand, is made

By one who chooses but claims to have been chosen
So as not to be punished for bringing bad news:

The preacher, the poet, my doctor — those who talk
About God because they want to speak in metaphors.

My doctor, for instance, insists on the metaphor of war;
It’s always the virus that attacks and the cells that fight or

Die fighting. I even remember him saying the word siege
When another rash returned. Here I am dying

And, like God the Father, say through clenched teeth,
Look at me when I’m talking to you. Your healing is

Not in my hands, though I touch as if to make you whole.

Immediately turning on AirDrop so I can be caught in a serendipitous AirDrop meme swarm.

How to Draw a Horse is a masterful, poignantly-emotional, and beautiful piece of storytelling.

Next time I’m in a different city with some hours to spare, I’m definitely going to engage in a little bit of library archive tourism.

“At some point you accept that you can’t save everything.”

This passage captures everything that irks me about Uber, and doesn’t mince any words. The whole article by Hubert Horan is worth a read:

In reality, Uber’s platform does not include any technological breakthroughs, and Uber has done nothing to “disrupt” the economics of providing urban car services. What Uber has disrupted is the idea that competitive consumer and capital markets will maximize overall economic welfare by rewarding companies with superior efficiency. Its multibillion dollar subsidies completely distorted marketplace price and service signals, leading to a massive misallocation of resources. Uber’s most important innovation has been to produce staggering levels of private wealth without creating any sustainable benefits for consumers, workers, the cities they serve, or anyone else.

Everyone is gushing about Dark Mode on iOS, but I find it hurts my eyes. I finally discovered the answer: those of us with severe astigmatism struggle with light text on dark backgrounds.

I’ve blown out three tires over the past year because of bad road conditions, so yes, I am very much interested in the new developments in the world of air-less tires.

When I was a kid, learning how to tie knots for my Scout badges, I relied on a book called Fun With Knots that I used so much that I wore out the front cover. This website of animated knit-tying gifs would have been much more useful.

If you look back at my wardrobe during my pre-teens, you’d find a lot of khaki; its history of adoption is pretty fascinating.

These black and white illustrations by Elicia Edijanto are hauntingly beautiful: 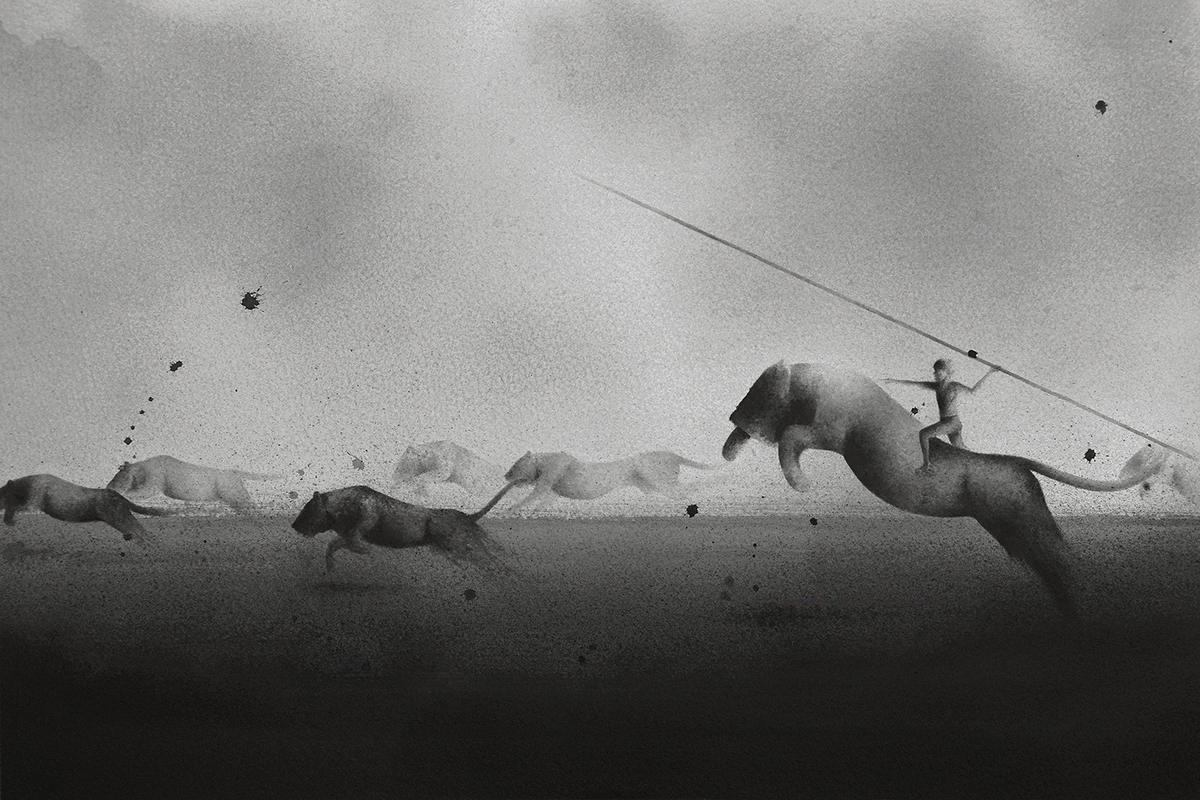 Like so many people, I’ve been enthralled by HBO’s Chernobyl. This collection of photos from the actual 1986 Chernobyl Disaster is fascinating:

Tobias Friedrich takes split shots, photographs taken half above and half below the water’s surface, that look like collages but are completely done in camera. They are remarkable: 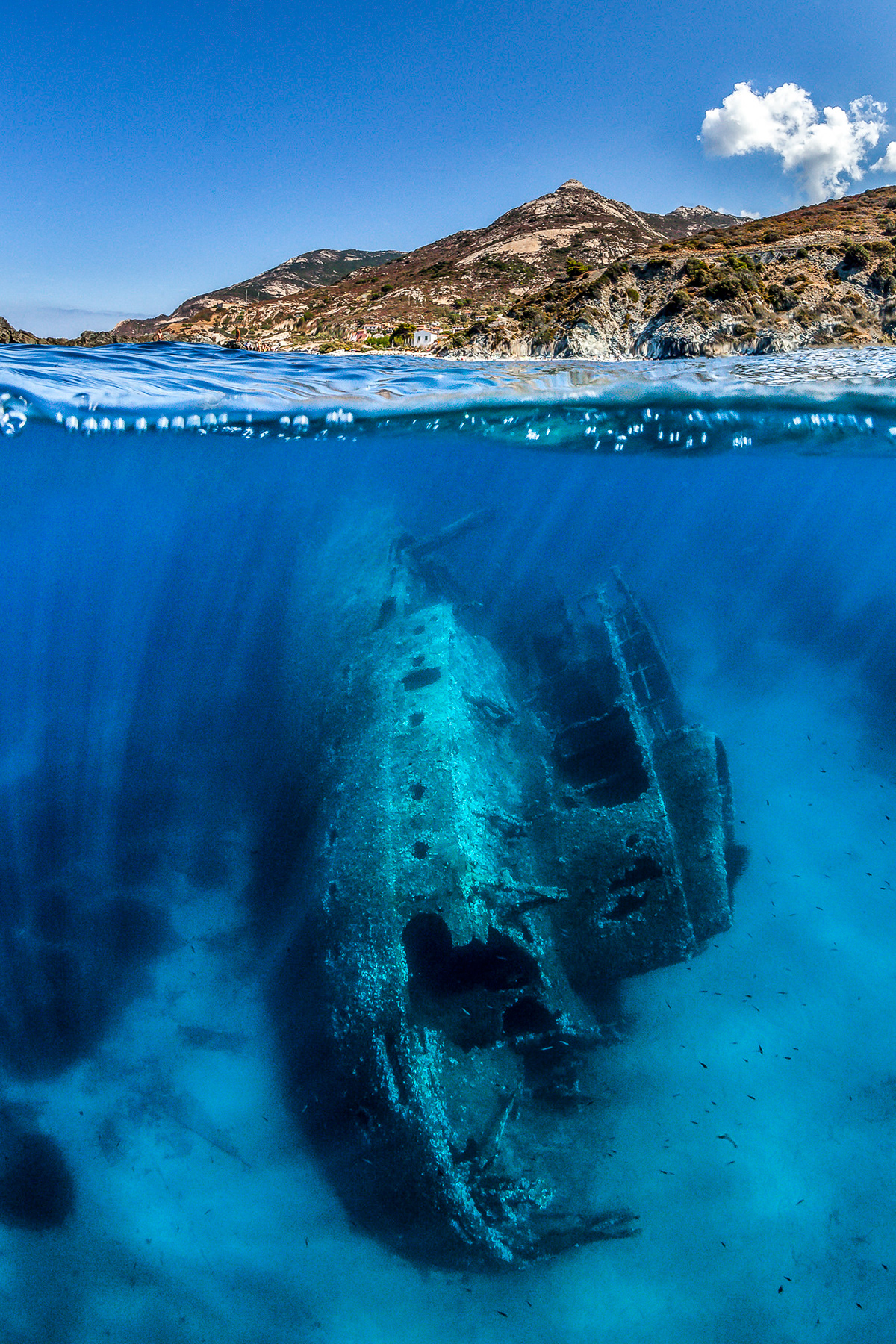