Our internet connection at home went out earlier this week, a byproduct of the work being done on our driveway and some severed cable lines that really weren’t supposed to be cut. According to our ISP, it may take a full week—maybe more—to get the infrastructure examined, assessed, and fixed before we have connection again.

As someone who works from home—and as someone who is deep into watching the new season of Barry—the lack of internet access was troublesome, at first. I bemoaned my inability to get things done from my home office, and the loss of the ability to mindlessly turn on some streaming music and television when I needed to pass the time.

Over the past few days, however, I’ve come to peace with the disconnection. I have my LTE connection on my phone for essential communication and to look up recipes when I’m cooking dinner, but otherwise, I’m using the internet much more consciously, now. The public library has become my office, forcing me to leave work when I leave the library and not allow the boundaries between work and home to be as blurry as they have been recently. To listen to music, I download albums and playlists when I am at the library and then play them at home, making more deliberate choices over what comes through my ears. I’ve put my Barry-watching on hold.

Most of all, I’m not depending on my phone or my computer to hep me pass the time when I’m on bored. Instead, I’m starting to read again after a brief hiatus over the past month. I’m writing more in my journal, and taking more walks in the sunshine (despite the oppressive heat) when I need to clear my head. Perhaps most importantly, I’m allowing myself to do nothing, to sit with my thoughts without distraction or without purpose. I’m allowing the world to be quiet, and not filling the void with noise, metaphorical and literal.

These are all things I know I should be doing regularly, but sometimes you need a sign from the cosmos to remind you to slow down. Sometimes, the folks doing work on your driveway need to sever a cable and disconnect you from the world to remind you that the only distraction you need is your own imagination. 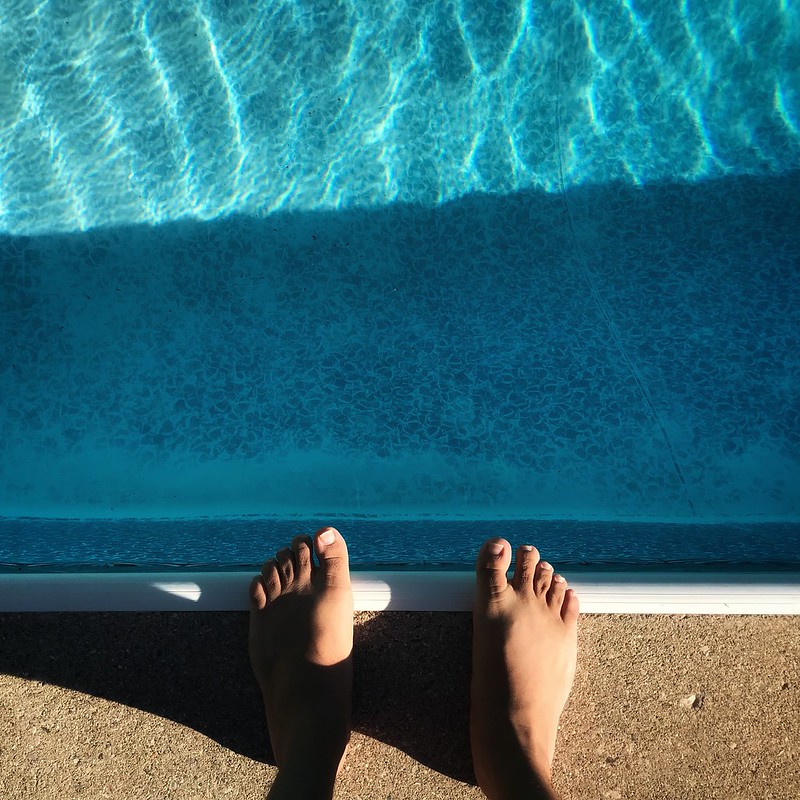 I’m very glad that more and more people are starting to talk about how a legacy of bad public policy and poor urban foresight has led to an environment where we are literally killing ourselves by prioritizing automobile transport:

In the years since, American government at all levels crossed a line. Instead of merely accommodating some people’s desire to drive, our laws essentially force it on all of us—by subsidizing it, by punishing people who don’t do it, by building a physical landscape that requires it, and by insulating reckless drivers from the consequences of their actions. To page through the law books today is to stumble again and again upon evidence of automobile supremacy. The range and depth of legal supports for driving is bewildering. But these laws, which are everywhere we look, are also opportunities.

And speaking of the perils of car culture, André Gorz write this in 1973 and it is as relevant today as it was back then, perhaps even more so:

Now, why is it that what is perfectly obvious in the case of the beaches is not generally acknowledged to be the case for transportation? Like the beach house, doesn’t a car occupy scarce space? Doesn’t it deprive the others who use the roads (pedestrians, cyclists, streetcar and bus drivers)? Doesn’t it lose its use value when everyone uses his or her own? And yet there are plenty of politicians who insist that every family has the right to at least one car and that it’s up to the “government” to make it possible for everyone to park conveniently, drive easily in the city, and go on holiday at the same time as everyone else, going 70 mph on the roads to vacation spots. The monstrousness of this demagogic nonsense is immediately apparent, and yet even the left doesn’t disdain resorting to it. Why is the car treated like a sacred cow? Why, unlike other “privative” goods, isn’t it recognized as an antisocial luxury?

I’ve been fighting off this summer heat by spending a ton of time in our pool each day, but also by reading about pools, including this excellent treatise on the gendered dynamic and representation of the swimming pool:

The swimming pool is among the most alluring symbols of summer, and Hollywood has both reflected and shaped its mystique. The pool is a shimmering mirage of wealth, sex and fun that beckons the viewer toward dark undercurrents of loss, sin and death. The pool’s very architecture suggests hidden depths. The waterline is the boundary between the stated and implied, our consciousness and our dreams.

And speaking of pools, this luscious description of the swimming pool by James Delbourgo is beautiful and evocative:

I have started subscribing to a whole lot of newsletters recently, in an effort to get to know more about the way the people I admire think, and how they process the world. Turns out, the newsletter is a pretty effective way of learning about others:

“The magic of newsletters, I think, is how they cut through the noise of social media and establish this consistent, pretty intimate connection,” said Cai, who in 2015 spun her habit of DM’ing links to coworkers into Deez Links, and who now has 1,200 subscribers. “You end up building a relationship with people in a format that isn’t completely obsessive about the scale of your audience or monetization, so it can kind of float under the radar and feel like a big inside joke or a fun club.” As Warshaw put it, “in this age of the attention economy, newsletters let you be intentional about who you give your attention to.

Most of you have already read this long article about the UMG fire that destroyed tons of master recordings of some of the greatest music in history, but it’s worth reading again just to grasp the sheer loss from the fire and what it means to the way we listen to music:

The act of listening again has defined music culture for a century. It is also the basis of the multibillion-dollar record industry. Today a stupefying bounty of recordings is available on streaming audio services, floating free of the CDs, LPs and other delivery systems that once brought them to audiences. The metaphors we use to describe this mass of digitized sound bespeak our almost mystical sense that recorded music has dematerialized and slipped the bonds of earth. The Cloud. The Celestial Jukebox. Something close to the entire history of music hovers in the ether, waiting to be summoned into our earbuds by a tap on a touch-screen.

This is the utopian tale we tell ourselves, at least. In fact, vast gaps remain between the historical corpus of recorded music and that which has been digitized.

This profile of a scientist that looks at the fallibility of medical research is almost a decade old, but it’s still pertinent and really fascinating:

When a five-year study of 10,000 people finds that those who take more vitamin X are less likely to get cancer Y, you’d think you have pretty good reason to take more vitamin X, and physicians routinely pass these recommendations on to patients. But these studies often sharply conflict with one another. Studies have gone back and forth on the cancer-preventing powers of vitamins A, D, and E; on the heart-health benefits of eating fat and carbs; and even on the question of whether being overweight is more likely to extend or shorten your life. How should we choose among these dueling, high-profile nutritional findings? Ioannidis suggests a simple approach: ignore them all.

Ahmed Ali Akbar gets it right: drinking tea, as opposed to drinking coffee, is inherently a social, and intergenerational, practice:

In the end, intergenerational homes are the most consistent place to feel that magnetic, conversational pull that tea cultures provide. In my teens, long before I started drinking caffeine myself, we welcomed guests with tea the same way we were welcomed in Pakistan. Our parents entertained and gave salaams while my sisters and I would prepare a pot with loose leaf Earl Gray and cardamom, which we’d serve on a tray with biscuits and samosas. We would ask each guest how they’d take their tea, if we didn’t already know from years of visits. And when the first pot was inevitably drained, we’d make another and the whole process would start again. During Ramadan, an uncle with henna in his hair would throw tea leaves in a tin pot with milk and sugar during tarawih prayers. He’d strain it into individual cups and serve it with desserts to the exhausted believers after a long day of fasting.

As someone who loves to spend his travels at markets and in grocery stores, I heartily endorse the idea that the best way to tour a city is through its grocery store:

The secret museum in every city is a grocery store. It’s where you can grab and squeeze and not-at-all-weirdly smell indigenous produce. The fishmonger runs an aquarium. The butcher is a zookeeper. But groceries also hoard the culture’s guilty pleasures — its Netflix-and-chill snacks are in its potato-chip flavors (my native London favorite was a packet of sea-salt-and-Chardonnay-wine-vinegar crisps, and Marmite ones always hit the spot, too). Its childhoods are in its confections (I loved Icelandic Prince Polo chocolate bars, which are actually imported from Poland). I am constantly on the lookout for jars of gently tart zarour jam, so freely available in my mother’s hometown of Bethlehem, in Israeli-occupied Palestine. It’s the last tree that still bears fruit in her abandoned childhood home.

Allow yourself to get lost in your own thoughts, if you can. Here’s to a week ahead with fewer distractions, my friends.