Flashing Palely in the Margins
February 15, 2019

The start to 2019 has been inauspicious; the past six weeks have been marked with heightened anxiety, a return of my depression, and a lethargy and malaise that I have not been able to shake, no matter what medication I take, what therapy I attend, what self-care I commit to.

As a small coping mechanism, my doctor has suggested that I make a list of the things I have done in the past month that have brought me some solace when I was feeling at my worst. (The stipulation was that it was a list of recent interventions, not those of my past, because they would be things I could repeat when needed over the next few weeks.)

In my effort to think out loud, to embrace the concept of blogging as exhale, I am compiling that list here, with all of you.

Bringing me solace, these past few weeks:

There are more, and this is just a beginning. This is my exhale, as I try to catch my breath.

this accident of being lost
Leanne Betasamosake Simpson (2017)

Socialism has long been about freedom as well as justice; for the burnout generation, that need can be powerfully articulated as the need for free time. It’s a demand that does more than ask the burnt out Petersens of the world to support a policy that they think will help other people. It creates a shared material interest that can hold together a stronger movement. To quote poet Fred Moten paraphrasing the Black Panther leader Fred Hampton, “I don’t need your help. I just need you to recognize that this shit is killing you, too, however much more softly, you stupid motherfucker, you know?”

Violet Blue brings to light something I hadn’t ever thought of before, but seems so obvious now—that a lot of the toxicity and harms of today’s “social web” exist due to a over-exuberant and unwarranted censorship of sex:

For those of us who work in digital services, especially in the realm of public service, this piece on the ethics of web performance by Tim Kadlec is an important thing to read:

Poor performance can, and does, lead to exclusion. This point is extremely well documented by now, but warrants repeating. Sites that use an excess of resources, whether on the network or on the device, don’t just cause slow experiences, but can leave entire groups of people out.

Until we started using Slack at work, I never really put much thought into emoji. Now, I’m always critically thinking about what I’m saying when I use them as reactions to messages, and how the semantics change as more emoji are added:

Emoji is transitioning from pictograms to pictures. That change offers some obvious benefits, like the ability to create images that better represent a broader set of individuals and their experiences. It also shifts emoji’s function toward specificity and away from abstraction. Emoji is humankind’s weirdest and most successful ideographic language. If it is to become an illustrative one instead, that’s a revision worth discussing with words, not just celebrating (🎉), or lamenting (🙅), with pictures.

One of the requests was just to have space where they could hang out with friends. “We have kids who don’t get to go to playdates. They don’t do birthday parties,” says Agel. At public schools, homeless children are typically left out of the social calendar of sleepovers or visiting friends’ houses, in part because they have nowhere to host friends themselves. At Positive Tomorrows, they can get more practice socializing.

The school also tries to recreate a sense of home. As kids enter the building, they’ll walk into the cafeteria, renamed the family room, and smell food cooking. The playground is called the backyard. There’s a small gathering area in front called the front porch. The vocabulary, like the cooking lessons that the school offers, is a small way to introduce children to parts of the world that they may not yet have experienced. “A couple of years ago, we had a volunteer who brought chocolate chip cookies that she had made to hand out to the children, and the teacher was talking about how these cookies were homemade,” says Agel. “And one of our little kindergarteners tugged on her sweater and asked her what ‘homemade’ meant.”

I’ve said it before and I’ll say it again: if I was ridiculously rich, I’d hire every single person from Buzzfeed News and start a news publication. The caliber of people who worked there would make it one of the best news entities in the world, and potentially help us avoid a calamitous democratic crisis:

The cause of each company’s troubles may be distinct, but collectively the blood bath points to the same underlying market pathology: the inability of the digital advertising business to make much meaningful room for anyone but monopolistic tech giants.

Coming in a time of economic prosperity, at world-historical levels of interest in the news, last week’s cuts tell a story of impending slow-motion doom — and a democratic emergency in the making, with no end in sight.

Worth revisiting for Black History Month: South Asians and African Americans have been standing up for each other for over a century. We were never taught these histories.

I discovered The Artist’s Way when I was a freshman in college, through the recommendation of a professor I am still thankful for, and I still write morning pages every single day. The days I miss writing them are often the days I feel most adrift.

This was an absolute revelation for me and will definitely change the way I write—and read—from now on: you’re probably using the wrong dictionary.

“For better or worse, it is only through identities that ideas can change the world.”

I spent many years in the slam scene but have been mostly distant from it for a long time now, so this exposé on slam architect Marc “So What” Smith was sobering and disappointing.

As someone who often spends time wandering through the aisles of a grocery store, without a list but with a sense of wonder and ad desire for surprise, I can wholly understand this defence of old-fashioned grocery shopping.

An intense photo essay that tells the stories of black cops in the Atlanta Police Department who deal daily with the duality of life in their skin and life in their uniform: 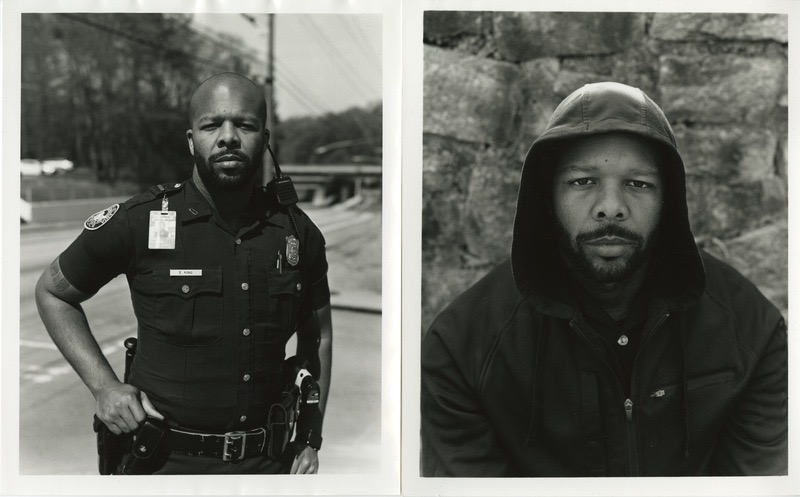 Wishing you all a long list of small solace this winter’s weekend, my friends.