When is a good time to give up? When do you know it’s time to stop trying?

One of the things I learned very early in my economics education was the idea of the sunk cost fallacy. The general gist of the concept is that the more you invest in something the harder it becomes to abandon it. There’s a natural tendency to keep going just for a little longer, put in a little bit more work, to validate all the work and time you’ve already put into a situation.

Because of the sunk cost fallacy, too many of us sit through movies we don’t enjoy, complete reading books we find uninteresting, finish eating meals we find the opposite of delicious. The idea of losing our initial investment—buying a movie ticket, waiting on hold at the library for the book, ordering a dish at a restaurant—makes us power through the negative experience instead of abandoning it, cutting our losses, and seeking something new.

I’ve been thinking about cutting losses, about giving up, recently. I’ve been taking stock of the situations where I find myself, the experiences I’m living right now, and asking myself whether or not I’m only sticking around because of my sunk costs. This isn’t an easy reflection; it requires a level of distance and self-criticism that is often painful. It hasn’t been an easy few weeks.

There are things I’ll keep doing, despite every logical reason to stop; no matter how much I know about the sunk cost fallacy, some decisions are too hard to make rationally. There are other situations from which I will extricate, slowly.

When is a good time to stop trying, to give up? No matter how rational we want to be, those are questions that are sometimes best made with the heart.

A few (more than usual) things to read and explore:

To begin, read this powerful and insightful piece from Katie Underwood about men who don’t understand the #MeToo movement:

Favouring rightness over kindness in response to women—or people of colour, or any other disenfranchised group, for that matter—whose lives have been made painful and difficult by the status quo doesn’t make you a hero or the internet’s foremost civil-rights scholar—it makes you an asshole.

Post-NBA cultural critic and writer Kareem-Abdul Jabbar is my favorite Kareem Abdul-Jabbar. His recent piece in The Guardian on how we treat females in high-profile entertainment is essential:

A cheerleader poses in modest lingerie and she’s fired; a player knocks out his wife on video and is suspended for two games. Boys will be boys, but girls must be what the NFL tells them to be.

You can count on Andray Domise to speak some serious truth about race in Canada, and this excellent piece on MP Celina Caesar-Chavannes, and how the recent outrage around her speaks to how this country deals with racism, is no exception:

Eliminating racism means much more than a personal distaste for neo-Nazis and other unrepentant bigots. It means supporting Black women who’ve spoken up about the soft bigotry of Bay Street, written about Canada’s history of policing the Black body, and called attention to the violence of forcibly placing Black children in the care of the state. It means showing up for Black women, like Celina Caesar-Chavannes, who use their political platform to advocate fiercely for an equal society. And it means facing the uncomfortable truth that our institutions—schools, social services, the justice system—were not designed for the protection and equal treatment of racialized Canadians. We’ve long passed the time when white perceptions about our language and our politics ought to be considered when advocating for our lives.

As someone who does almost all his work in Google Docs these days, I really should appreciate the tool a lot more. The poetry in Katy Waldman’s reflection on Google Docs is beautiful:

It is so stubbornly practical—it is the place where you store the seating charts for your wedding—and yet it is also a virtual jungle presided over by silent councils of rainbow animals, including ligers; it collects the rainwater of consciousness in real time. […]

Google Docs forces the writer to view her text as a sandbox, played in and raked and molded by unknown multitudes. There is something empowering in that vision. Typing these thoughts directly into the cloud, I feel as though I am convening a squad, like Nick Fury.

It has been 71 years since Jackie Robinson broke the color barrier in professional baseball, but it’s worth re-visiting Shakeia Taylor’s piece on how Black women are still being treated like second-class fans in the sport.

As part of my everyday work, I’ve been learning a lot about how we built a more inclusive and equitable workplace—and then taking that learning and turning it into action. Recent pieces in The Harvard Business Review on how work gets assigned, and on the BBC on how microagressions create subtle mental anguish, have been illuminating.

I’ve been lucky to have seen Lauryn Hill perform live a couple of times, and I’m excited she has announced a Miseducation 20th anniversary tour in the next few months. Doreen St. Felix describes Lauryn Hill’s small renaissance, thanks to her songs being sampled in current hit singles by Drake and Cardi-B, in The New Yorker.

If you haven’t watched Hari Kondabolu’s The Problem with Apu just yet, stop right here and go watch it. Then, come back and check out Jeet Heer’s self-reckoning of why he now realizes Apu is so offensive, despite never realizing it or thinking about it before. And for a very insightful look at how The Simpsons have completely f**ked this all up, read Linda Holmes brilliant take-down of their recent response to Hari’s film.

I learned so much about Lena Waithe, and the amazing things she is doing to change the face of entertaining, in the recent cover story by Jacqueline Woodson in Vanity Fair.

It took me a long time—longer than most—but I’m now a convert to Spotify. I learned so much about their business model, and how we can change the whole industry’s business model, in this piece by Sharky Laguana in Cuepoint.

If you have half an hour and are willing to spend it reading about food—and really, who wouldn’t?—the Thrillist 101 Dishes That Changed America is a very worthy way to spend that time. And speaking of foods that define a nation, this great piece by Melisande Aquilina on seven dishes that define Malta is a fantastic read, especially if you’re a huge fan of Malta (and much of Maltese food) like I am.

Remember that HomePod ad directed by Spike Jonze and featuring FKA twigs? According to this brilliant short documentary on the making of the ad, almost all the effects were actually done by building a movable, stretchable set. Really impressive.

I don’t often link to fiction in these “weekend reading” roundups, but this short story by Emma Copley Eisenberg in the Virginia Quarterly Review is lovely. And this poem by Irène P. Mathieu, captured in a photo by Sam Sax below, is stunning: 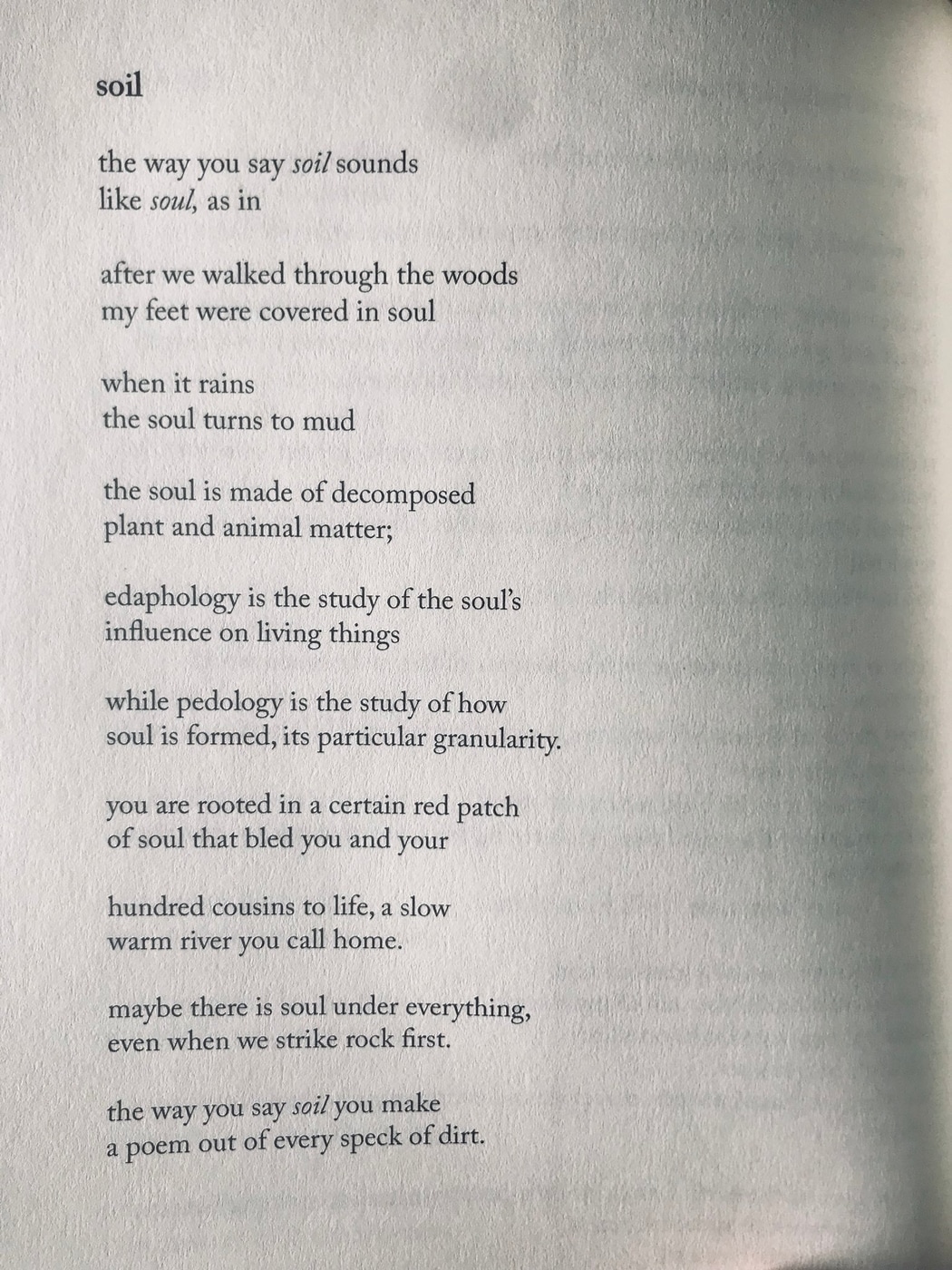 The photos of Jupiter that keep coming in from Juno continue to be majestic and awe-inspiring:

This SMBC comic made me laugh, and then it made me sit back and think: 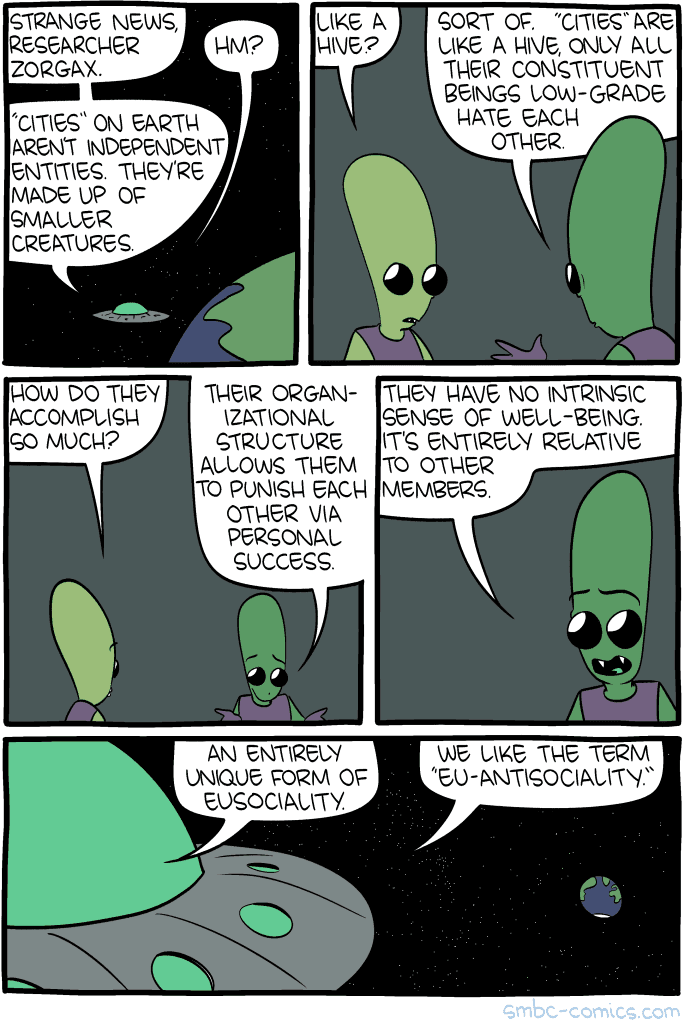